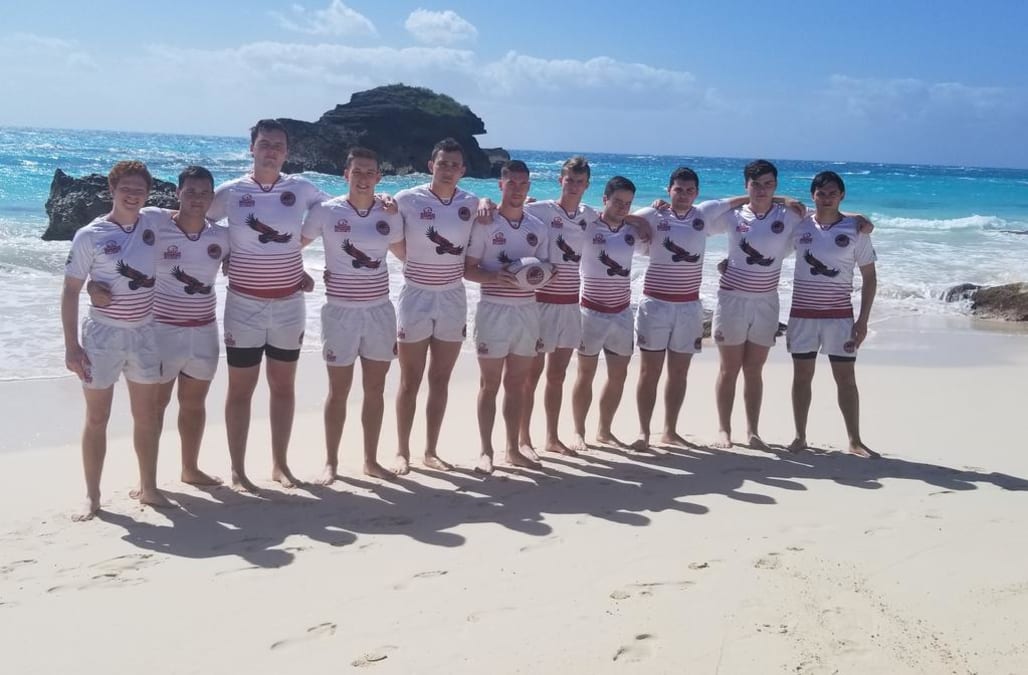 A 19-year-old college rugby player from St. Joseph's University went missing over the weekend in Bermuda, and the local police have asked for help in locating him.

Mark Dombrowski was with the St. Joseph's rugby team competing in the Ariel Re Bermuda International 7's Tournament over the past week.

According to the Bermuda police, Dombrowski was last seen at 1 a.m., early Sunday morning. The team was scheduled to return to the U.S. on Sunday, but it is unclear if they made the trip, according to NBC10 in Philadelphia.

Organizers for the tournament have offered a $1,000 reward.

The police have distributed the flyer seen above, both locally and through social media channels. On Saturday, the team posed for a photo on a beach in Bermuda.

GAME DAY & the Hawks are ready to take flight at the @bermudaintl7s today!!! #THWND#getdatman@Bermuda@URugbyFootball@saintjosephs@LandmarkCLpic.twitter.com/ONgl3lf9dS

Dombrowski is from Claymont, Delaware.

NOW WATCH: Richard Sherman rails against the NFL's pre-draft process and explains why some of the combine is 'outdated'