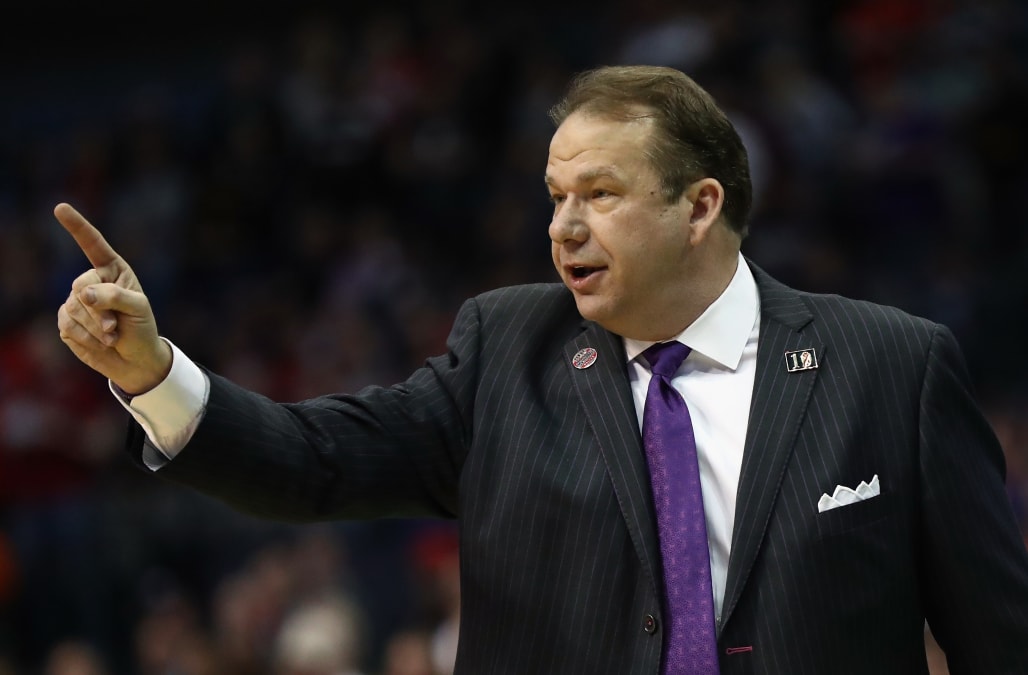 After losing by 10 to third-seeded Texas Tech in the first round of the NCAA tournament, you might assume 14th-seeded Stephen F. Austin’s coach praised his underdog team for a hard-fought game.

Instead, S.F. Austin coach Kyle Keller took it as an opportunity to rail against kids these days.

“The millennials today, they don’t even watch college basketball,’’ the 50-year-old coach told reporters afterwards, via USA Today. “A lot of our guys didn’t even know who those cats [Texas Tech players] were because they don’t watch the game. They’re on their phone and doing that kind of stuff.

“I hate to say it, but as much as you or I or anybody in here watches the games, they don’t. Or the NBA. They might watch the slam-dunk contest in February on TNT or whatever, but that’s about the extent of it.”

There you have it. His Lumberjacks may have led for the vast majority of the game — and as late as the four-minute mark of the second half — despite being double-digit underdogs, but they lost this one to Texas Tech because they spend too much time on their phones, goshdarnit. Or maybe they stayed close because they have no idea who their opponent is.The whole quote is even more bizarre:

“When the game starts, the game starts,” started Keller. “And that’s what we try to convince our kids. Our kids didn’t — they got to play against some dudes they knew. Ty [Charles] knew some guys on their team.”

Did they not even know who those cats were, or did they know them too well? Adults these days.

“If I don’t read it and study it and learn and try to figure these kids out, I have no chance to coach it because the way I was taught as a child was, ‘Hey, you are going to eat what is on your plate, if not, you’re going to sit here.’ I had to sit at the kitchen table one Saturday afternoon because I didn’t want to eat green beans or salmon patties. So we have a lot of green beans on our team meals, and I tell that story to our guys.

“But you have to adjust. You’d better learn to give and some take with these kids, I think. But you have to be stubborn enough to impose your will on them to get them to come together as a team and give them a lot of love, I think. Sometimes it’s not very much fun. They don’t like me very much sometimes.”

Cool story, pops. Did you walk two miles through the snow uphill both ways to practice, too?

More March Madness coverage from Yahoo Sports:
• After upset of Arizona, Obama gets called out
• Texas Tech’s ferocious 360 alley-oop dunk was just silly
• RobGray will never buy a drink in Houston again
• What’s standing between Sooners prospect and the NBA? His dad