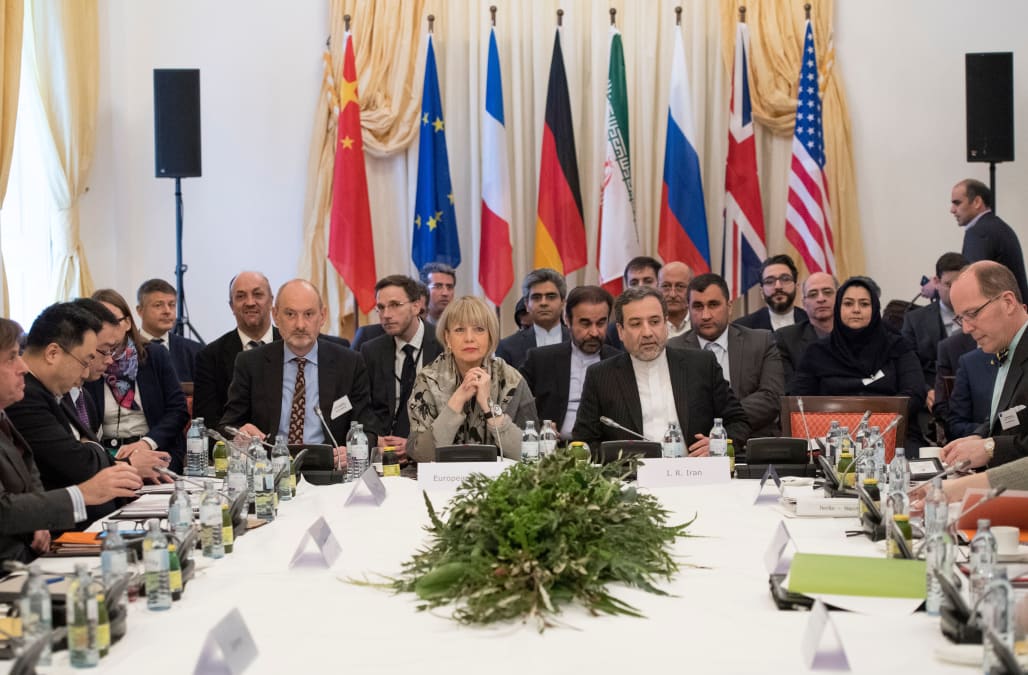 VIENNA, March 16 (Reuters) - The United States and three European allies have had "very good" talks on President Donald Trump's demand that their nuclear deal with Iran be improved by a May 12 deadline, a U.S. envoy said on Friday.

Trump has threatened to withdraw the United States from the accord between Tehran and six world powers, signed in 2015 before he took office, unless France, Britain and Germany help agree a follow-up pact by that date. Trump does not like the deal's limited duration, among other things.

A State Department cable obtained by Reuters last month, however, outlined a path under which the three key European allies would simply commit to try to improve the deal over time in return for Trump keeping the pact alive by renewing U.S. sanctions relief in May.

Senior officials from the countries which signed the deal held a quarterly meeting in Vienna on Friday. Separately, the U.S. delegation met their counterparts from France, Britain and Germany on Thursday, U.S. envoy Brian Hook said.

"What the president has asked us to do is to work with our European allies and see if we can come to an agreement before May 12 and we don't have any instructions beyond May 12," Hook said at a news conference, three days after Trump fired Secretary of State Rex Tillerson.

He reiterated the three broad complaints Trump has of the nuclear deal - its limited duration, the fact it does not cover ballistic missile testing, and U.N. inspections of Iranian facilities - but did not say what form of agreement he was seeking.

"This is the third meeting that we have had with the E3, (we) had very good discussions. There is a lot that we agree on and where we disagree we are working to bridge our differences," Hook said, adding: "We are taking things one week at a time."

Asked if Tillerson's sacking had affected the negotiations, he told reporters: "It hasn't affected the talks at all." (Reporting by Francois Murphy; Editing by Andrew Roche)

RELATED: Gifts world leaders have given US presidents

28 PHOTOS
Gifts world leaders have given US Presidents
See Gallery