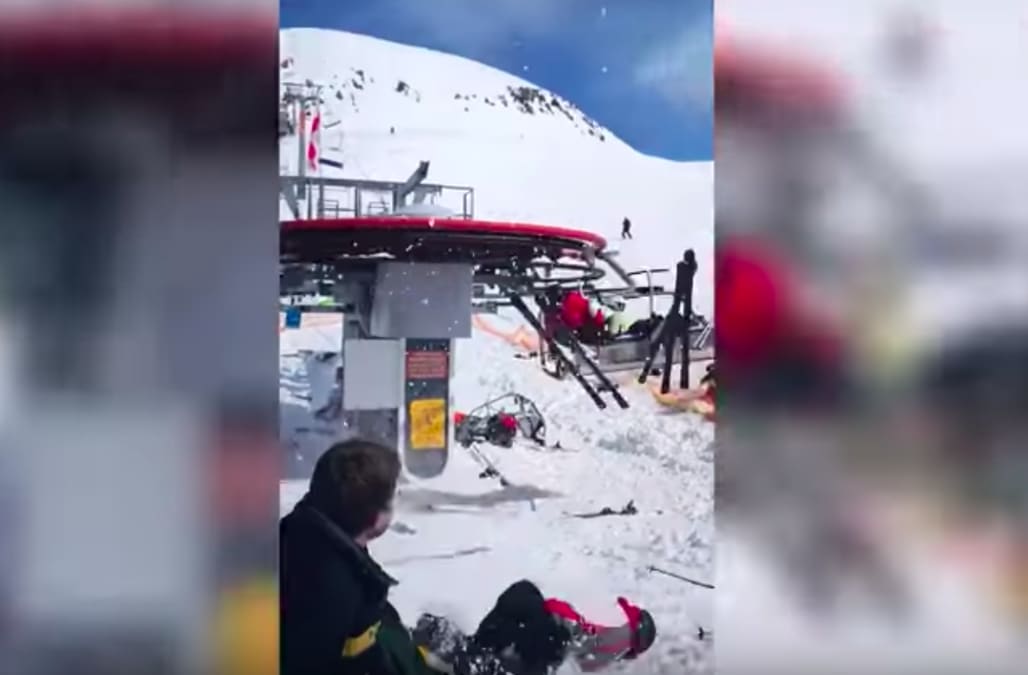 A ski lift at a resort in Georgia malfunctioned this week, creating a horrifying scene and injuring at least ten skiers.

Multiple tourists visiting the Gudauri resort, located in The Greater Caucasus Mountain Range, were riding the ski lift when it suddenly sped up and reversed its direction.

The speeding machine's chairs then began to violently sway, throwing tourists off in different directions, with many jumping off to escape the terror before even reaching the bottom of the mountain.

According to local outlet Pravada Report, the accident occurred because of "the negligence of chairlift workers, who caused the cable monarchism to malfunction and start working in the opposite direction."

Horrifying footage of the incident, which was captured by bystanders, is enough to make you think twice about ever skiing again.

A spokesperson for the ski lift's manufacturer, the Doppelmayr Garaventa group, told The Telegraph it has not yet confirmed what caused the accident.