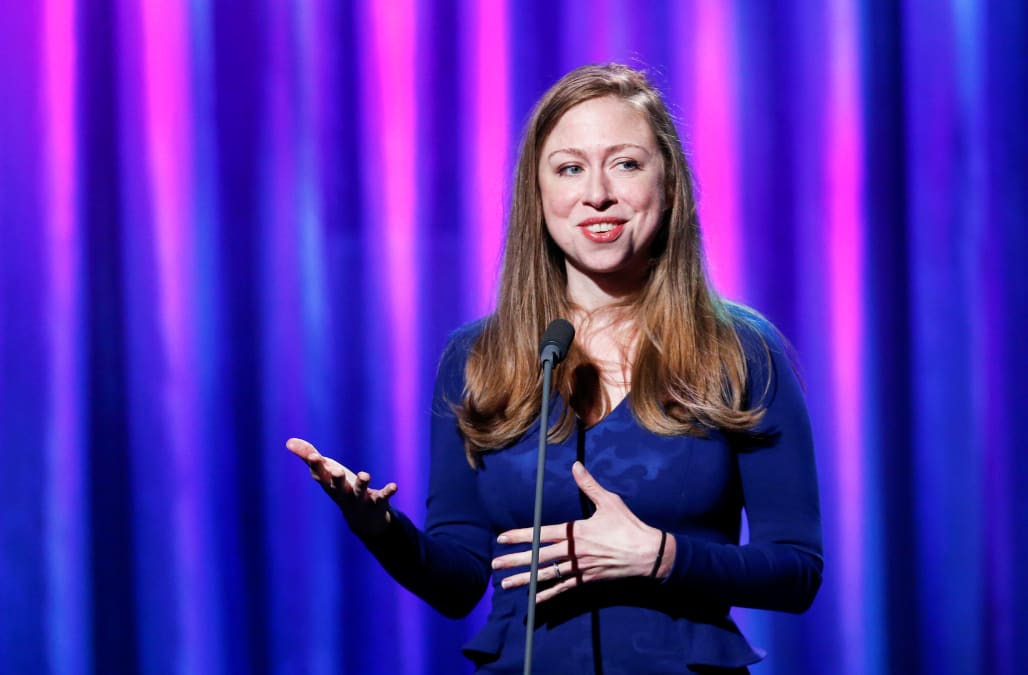 Chelsea Clinton has a message for the media: Lay off President Donald Trump’s grandchildren.

The former first daughter appeared to be responding to reports on Thursday that Vanessa Trump had filed for divorce from Donald Trump Jr., the president’s eldest son.

The couple have five children, prompting Clinton to warn:

Please respect the privacy of President Trump’s grandchildren. They’re kids and deserve to not be your clickbait. Thank you.

“We have five beautiful children together and they remain our top priority,” they said. “We ask for your privacy during this time.”

More from HuffPost US:
Sarah Sanders simply refuses to say 'Russia' when quizzed on UK poisoning
Donald Trump gets mercilessly mocked over all-caps Russia collusion tweet
Trump falsely brags that he won most of the women's vote in 2016