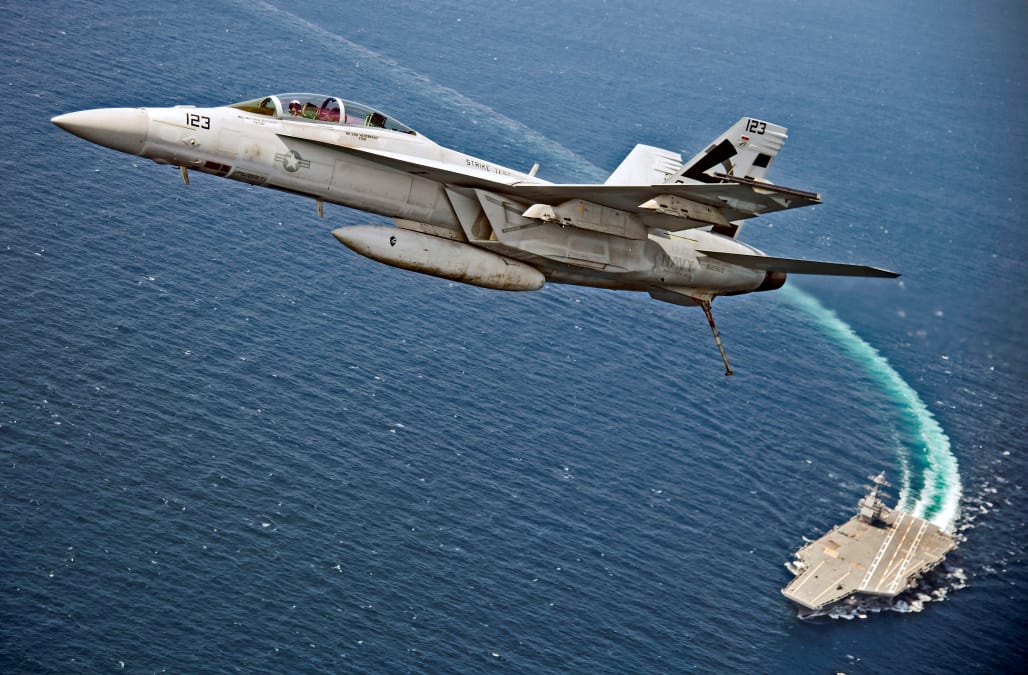 WASHINGTON, March 14 (Reuters) - The U.S. Navy said on Wednesday two aviators had been killed in a F/A-18F Super Hornet crash during a training flight off the coast of Key West, Florida.

The Navy said in a statement the pilot and weapons systems officer were recovered from the water and declared dead after the two-seater jet crashed on its final approach to Naval Air Station Key West. The incident is under investigation, it said.

U.S. President Donald Trump said in a statement posted on Twitter early Thursday: "Please join me with your thoughts and prayers for both aviators, their families and our incredible @USNavy."

A Navy spokesperson also said in a statement that the names of the aviators are being withheld pending notifications of their families.

"Their families are in our prayers," the statement said. (Reporting by Idrees Ali, additional reporting by Rich McKay Editing by Paul Tait)