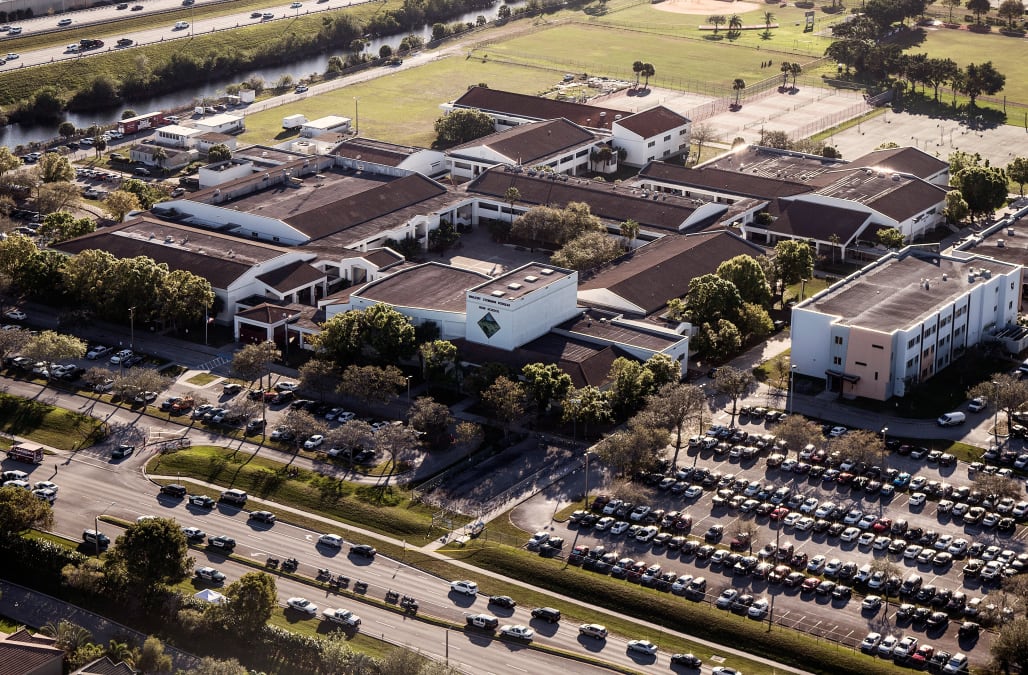 Peterson is seen walking up to a closed door and then riding in a golf cart on Feb. 14, when 17 people were killed inside the Parkland, Fla. school.

“The video speaks for itself,” the sheriff’s office said in a statement. “His actions were enough to warrant an internal affairs investigation, as requested by Sheriff Scott Israel on Feb. 21. After being suspended without pay, Peterson chose to resign and immediately retired rather than face possible termination.”

Several news outlets successfully sued to have the video published on the grounds it will help the public better understand the massacre — which sparked a nationwide gun safety debate.

The release comes one month and one day after gunman Nikolas Cruz unloaded his AR-15 inside the school.

Cruz, 19, pleaded not guilty to murder charges in court Wednesday — as thousands of high schoolers walked out of classes across the nation to protest against gun violence.

The video doesn’t reveal what happened inside the school.

“The attorneys agreed it wouldn’t give any of our secrets away with regard to security” at Douglas High School, School Board Chairwoman Nora Rupert told the Sun Sentinel on the decision not to appeal the video’s release.

"I believe in transparency with the public and I believe they should see it," Runcie told the Sun Sentinel. "The public has a right to know what happened, and we should be able to learn from that and figure out what we need to change in our institutions to get better as we go forward."

Radio tapes released Wednesday also showed officers who first responded were confused about what was happening.

Peterson, the resource officer assigned to the school, initially told a responding Coral Springs police officer that Cruz was outside the building in a parking lot.

“By not telling the (officers that) shots were fired from the building, he made it sound like the shooter was out of the school,” Tony Pustizzi, who retired from the Coral Springs department earlier this month, told the newspaper. “Did he not know? He can hear the shots being fired.”