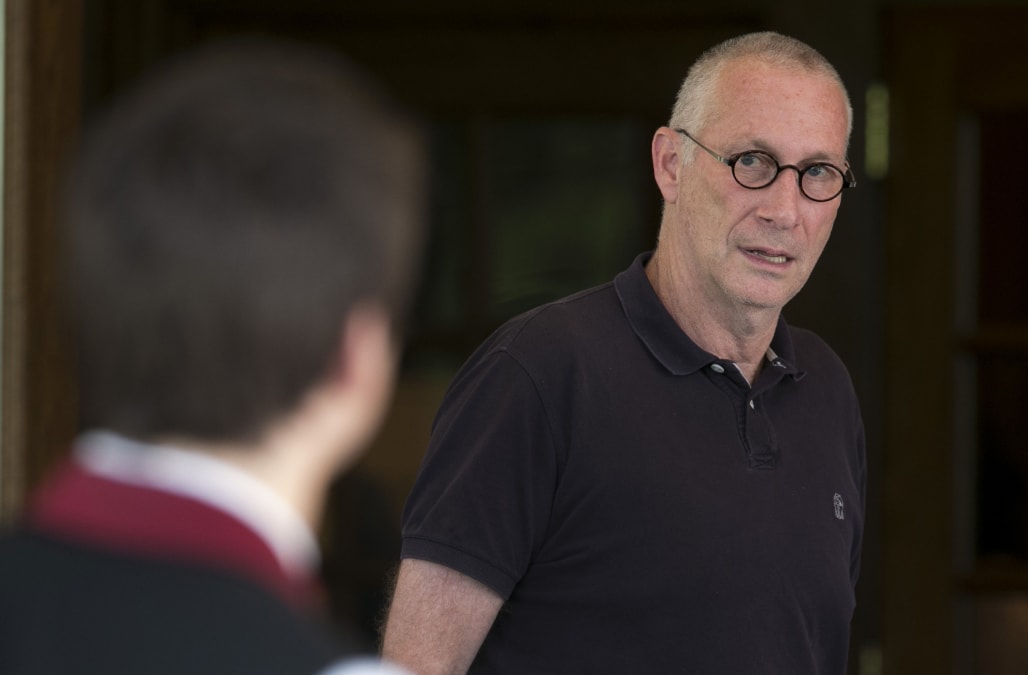 When ESPN president John Skipper stepped down from the post he held since 2012, citing a years-long battle with “a substance addiction,” many waited for the other shoe to drop, given the 62-year-old’s value to the company and his role in transforming the company from TV network to multimedia giant.

That other shoe dropped on Thursday.

In an interview with Hollywood Reporter contributor and famed ESPN historian James Andrew Miller, Skipper conceded that his December resignation came after an extortion plot by his cocaine dealer.

On Wednesday, Dec. 13, Skipper delivered an impassioned speech to ESPN employees about the future of the company. On Monday, Dec. 18, he abruptly departed. In between, someone he bought cocaine from for the first time tried to extort him. On Friday, Dec. 15, he met with Walt Disney Company CEO Bob Iger, realizing he had put the company in “an untenable position,” and tendered his resignation.

“They threatened me, and I understood immediately that threat put me and my family at risk, and this exposure would put my professional life at risk as well,” he told the Hollywood Reporter. “I foreclosed that possibility by disclosing the details to my family, and then when I discussed it with Bob, he and I agreed that I had placed the company in an untenable position and as a result, I should resign.”

Skipper said his drug use was born from a desire “to be countercultural,” having worked at Rolling Stone for the first 10 years of his career, and “that recreational drugs were recreational, that they weren’t dangerous.” He repeatedly said his occasional cocaine use did not impact his work at ESPN.

“Never,” he added, also denying any other workplace improprieties. “At ESPN I did not use at work, nor with anyone at work, or with anyone I did business with. I never allowed it to interfere with my work, other than a missed plane and a few canceled morning appointments. I’ve never been a daily user. My use over the past two decades has, in fact, been quite infrequent. I judge that I did a very good job and that it did not get in the way of my work. I worked hard, I worked smart. I worked all the time.”

Skipper told Miller he has undergone treatment for his substance use and therapy “to think about how it intersected with my life.” He said the thought never occurred to him to publicly address the extortion attempt and enter a substance treatment program to save his job, because it all happened so quickly. And he called the 48 hours before his public resignation “an agonizing weekend.”

That’s the day, of course, that there is no turning back; it’s done, it’s gone, it’s public,” he told Miller. “It was miserable. I spent it mostly by myself in New York City. I cry sentimentally at movies, but I never cry personally. That’s the only day that I cried. And I cried because I realized the profundity of what I’d done to myself, to my family, and that I’d given up the best job in sports on the planet.”

Skipper told the Hollywood Reporter he hopes to reenter sports media in a consulting role.

More from Yahoo Sports:
• How an NCAA tourney run can make a player millions
• Cardinals make baffling move, cut TyrannMathieu
• Obama’s pick to win NCAA tourney might surprise you
• What the CarlosHyde deal means for Browns’ No. 1 pick