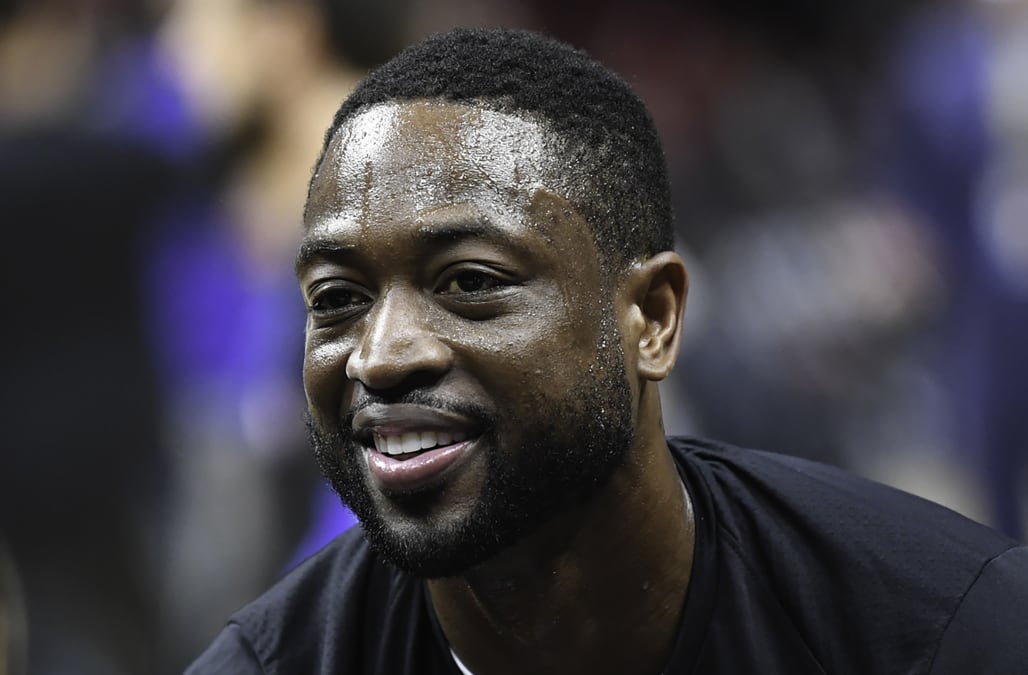 On Wednesday, students and staff at more than 2,000 schools nationwide staged a walkout to honor the 17 murdered on Feb. 14 at Marjory Stoneman Douglas High School and raise awareness for gun control.

Demonstrations were held in New York, Washington D.C. and sites of past mass gun violence like Littleton, Colorado, Newtown, Connecticut and Parkland, Florida, the home of Stoneman Douglas.

The protests have received widespread support and praise from Americans who support common sense gun measures while garnering derision from the NRA, which tweeted a photo of an assault rifle with an American flag ahead of the protests.

I'll control my own guns, thank you. #2A#NRApic.twitter.com/jqbZzwcWf6

Among the backers is Miami Heat guard Dwayne Wade, who has been active in his support of the Stoneman Douglas community.

He praised the students in Parkland and nationwide while speaking ahead of Wednesday’s Heat game against the Sacramento Kings.

“It’s great to see our youth take a stand and do the things they feel is necessary.”

Wade has been vocal about the efforts of the Stoneman Douglas survivors since one of the 17 victims was buried in a Wade jersey. He visited students at the school last week.

“Like, they get it,” Wade said of talking with the students. “We talked about all those things and I was highly impressed with them understanding and knowing that, ‘OK, we know that this might fade after a few months, so this is what we’ve got planned for when that time it’s supposed to fade.

“It’s something we should all want to get behind and support and see if all of our voices together matter when it comes to legislation and all these things.”

More from Yahoo Sports:
• Pete Thamel: The heartbreaking truth the NCAA fails to realize
• Eric Adelson: The quiet aftermath of the scary foul that went viral
• AaronRodgers posts heartfelt tribute to JordyNelson
• How one upset can change everything for a school