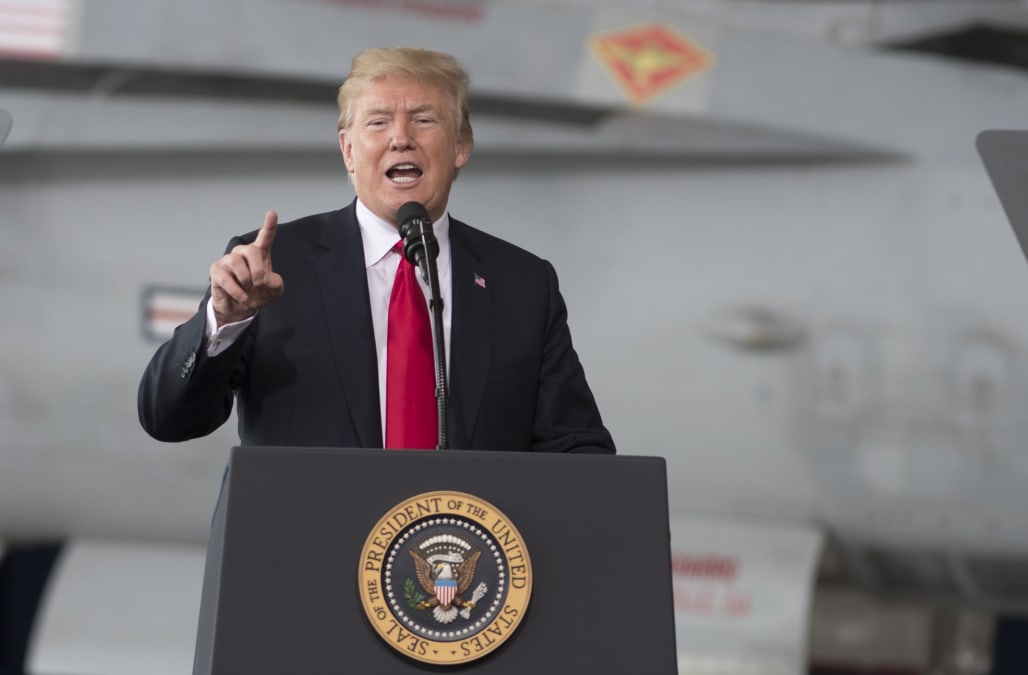 While speaking to US Marines in San Diego on Tuesday, President Donald Trump suggested creating a branch of the military for space.

"My new national strategy for space recognizes that space is a war-fighting domain just like the land, air and sea," Trump said at Miramar Air Station. "We may even have a Space Force."

"You know, I was saying it the other day cause we're doing a tremendous amount of work in space," Trump said. "I said 'maybe we need a new force, we'll call it the space force.' And I was not really serious, and then I said 'what a great idea, maybe we'll have to do that.'"

"That could happen, that could be the big breaking story," Trump said. "Look at all those people back there," Trump said, pointing to the media in the background. "Look at them...Ohhhh, that fake news."

While Trump appears to have wandered into the issue in his Tuesday speech, the idea is not new.

The Congressional Strategic Forces Subcommittee even proposed creating such a branch last July, which they called Space Corps. But the 2018 National Defense Authorization Act that passed last November actually banned it.

The proposed Space Corps would have fallen under the Air Force branch.

Republican Mike Rogers, the chairman of the Strategic Forces Subcommittee, however, said in February that he expects such a force to be built in three to five years, according to Defense News.

Supporters of the Space Corps have argued that it's needed to counter Russia and China's desire to build anti-satellite weaponry.

NOW WATCH: Why North Korea sent hundreds of cheerleaders to the Olympics

SEE ALSO: With Tillerson gone, the first member of an infamous 'suicide pact' has left the White House