These images from the National School Walkout are powerful beyond belief 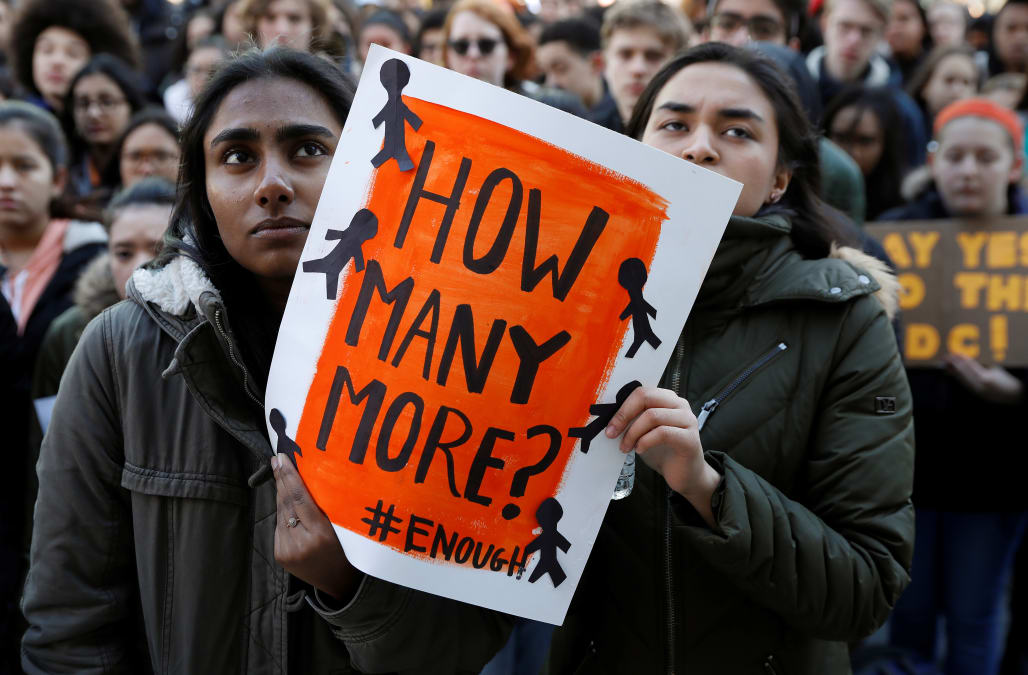 After a mass shooting killed 17 people at Marjory Stoneman Douglas High School in Parkland, Florida on Feb. 14, grieving and distraught teens, families, and citizens began organizing protests to demand Congress take stricter action on gun control laws in the country.Students, teachers, and faculty members at schools across America are participating in a National School Walkout to take a bold stand against gun violence.

On March 14 — the one-month anniversary of the deadly Florida shooting — people of all ages at educational institutions across the country will participate in a National School Walkout. The protest will start at 10 a.m. local time and last for 17 minutes in honor of the 17 lives of those killed in the tragic shooting.

SEE ALSO: Here's how to take action on gun control

At 10 a.m. on the east coast, the first protesters left their classrooms to inspire change. Many used social media to give live updates from their protest sites, sharing photographs, video, and their personal reasons for walking out.

The brave students received massive amounts of support and encouragement from celebrities, activists, parents, and advocates around the world. Many tweeted in solidarity, using hashtags like #NationalWalkoutDay, #StudentsStandUp, #NeverAgain, and #Enough.

“Never doubt that a small group of thoughtful, committed citizens can change the world; indeed, it’s the only thing that ever has.” ~ Margaret Mead. Standing in solidarity with students & supportive staff on #NationalWalkoutDay. #NeverAgain#Enough#StudentsStandUp

Good Luck, Stay Safe, and Kick B*tt to all those walking out of school today ! 💞💞 https://t.co/FGRdXTkrbD

Today from 10AM-10:17AM, we're going dark in solidarity with the #NationalSchoolWalkout against gun violence. pic.twitter.com/oWvtLyWp3J

I just walked past a girl on her way to elementary school, picket sign in hand, and she looked so fierce I almost burst into tears. Damn right, #enoughpic.twitter.com/EkmvCr1txu

WATCH: These celebrities are getting behind March for Our Lives