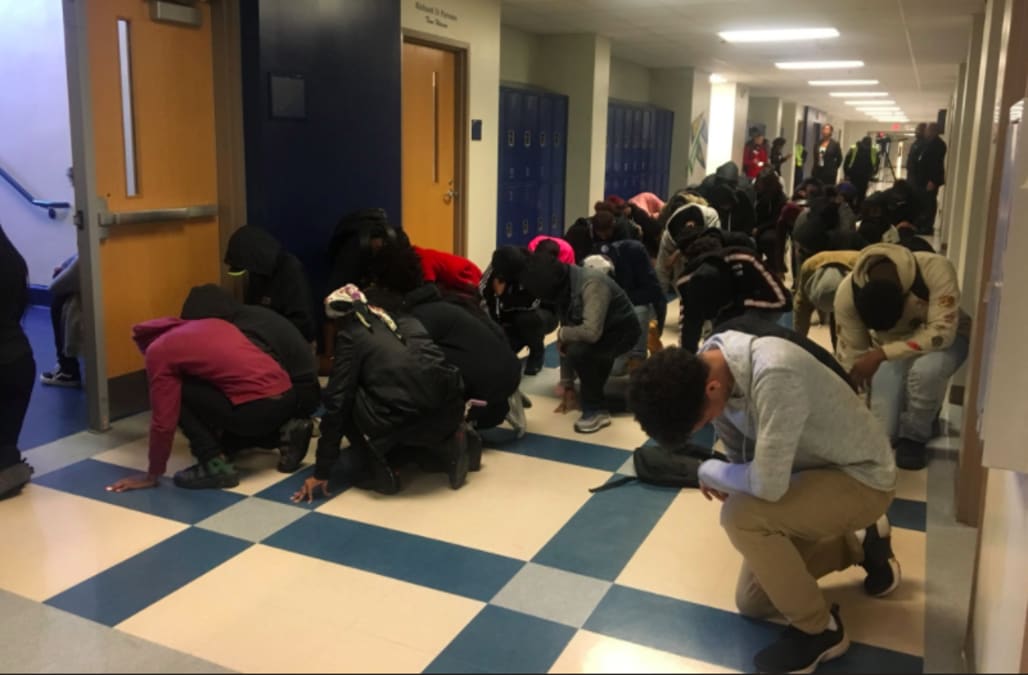 Students across the country stood up and left their classrooms on March 14 during a 17-minute national walkout to protest gun violence.

At the same time, about 600 students at Booker T. Washington High School in Atlanta participated in their own demonstration to honor the occasion, according to the Hill.

Rather than walk out of their high school, the student body swarmed their school's hallways in order to kneel and bow their heads for 17 minutes "as a measure to show respect."

District Communications Director Latisha Gray told the Hill that officials were "absolutely in support of the students."

Students at @APSWashington planned a silent protest by taking a knee and bowing in the hallways to honor 17 victims in Marjory Stoneman Douglas shooting. #NationalWalkOutDaypic.twitter.com/1oP6I2uqmU

It is estimated that thousands of protests took place on Wednesday between Washington state and New York at 10 a.m. in each time zone.

The movement took place exactly one month since a shooter killed 17 people at Marjory Stoneman Douglas High School in Parkland, Florida, on February 14.