Stephen Hawking wants his most famous formula engraved on his tombstone: Here's what it means 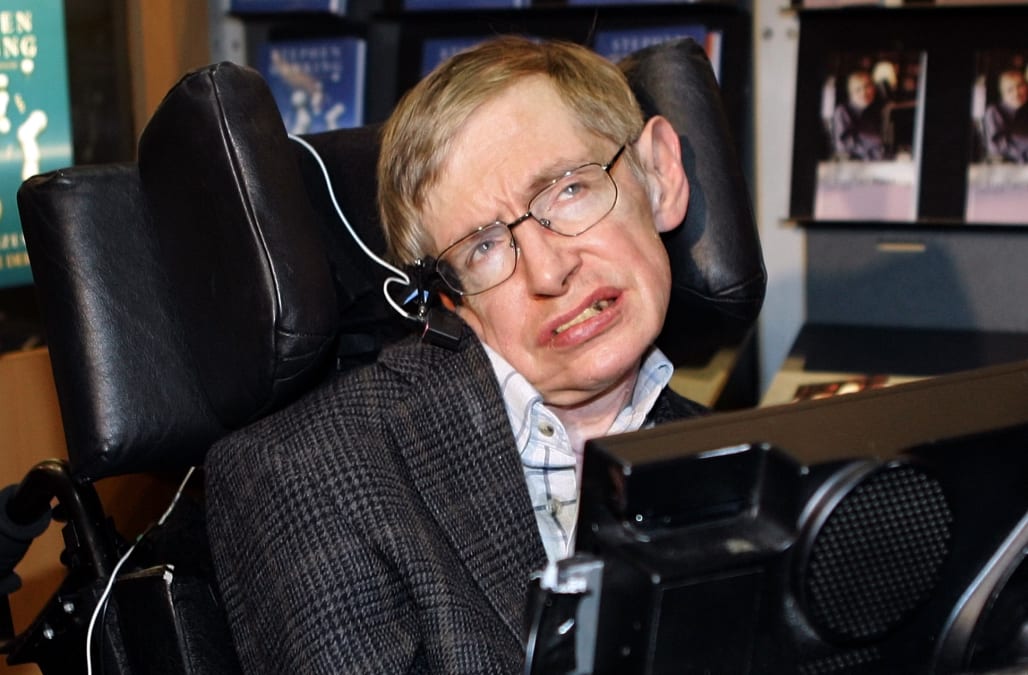 In 1974, long before Stephen Hawking was the famous cosmologist he became, he developed his most influential theory.

That concept, which came to be known as Hawking radiation, explained how energy and even matter could escape the immense gravitational pull of a black hole.

On Wednesday, Hawking died at the age of 76, but his scientific theory lives on. And in fact, Hawking himself will make sure of it, even in death.

In 2002, the famous scientist said that he wants his formula for Hawking radiation — originally put forward in a 1974 paper in the journal Nature — engraved on his tombstone, according to the New York Times.

It's a worthy place for his most elegant theory.

Hawking radiation transformed our understanding of physics as we know it, in a bid to start bridging the gap between quantum physics and physics on a larger, astronomical scale.

To date, that bridge still hasn't been fully built.

In order to understand Hawking's greatest contribution to science, you have to understand some of the largest objects in the universe as well as the smallest particles.

Black holes are extremely dense objects that warp the fabric of space and time around them. It was thought that nothing can escape from a black hole, but Hawking radiation contradiction that conventional wisdom.

Hawking found that unless black holes continue to feed on matter, they will eventually die by effectively radiating off small amounts of energy over the course of billions of years.

Those black holes, if left without more matter to consume, would eventually shrink and then likely explode, blasting their guts back into the universe, effectively recycling whatever matter they took in over the course of their lifetime.

It sounds simple enough, but by proposing that particles can, in fact, leave black holes, Hawking actually started a battle that has raged in cosmology for decades.

In the 1970s, Hawking suggested that whenever matter fell into a black hole, information about its origin and whatever it was before entering the black hole was destroyed.

Even the Hawking radiation — which is effectively random particles blinking into existence outside the black hole — wouldn't contain that information within them.

On its most basic level, this violates quantum theory, even if it fits well within our understanding of physics on a more grand scale in the cosmos.

Eventually, Hawking conceded that he does think information is preserved in a black hole, but the debate over the paradox still rages on.

Scientists still aren't sure how information could leave a black hole, and perhaps Hawking's greatest contribution to science is starting this debate. Now he's left it up to future generations of scientists to finish it.

WATCH: The most massive black holes on record were just discovered 3.5 billion light-years away