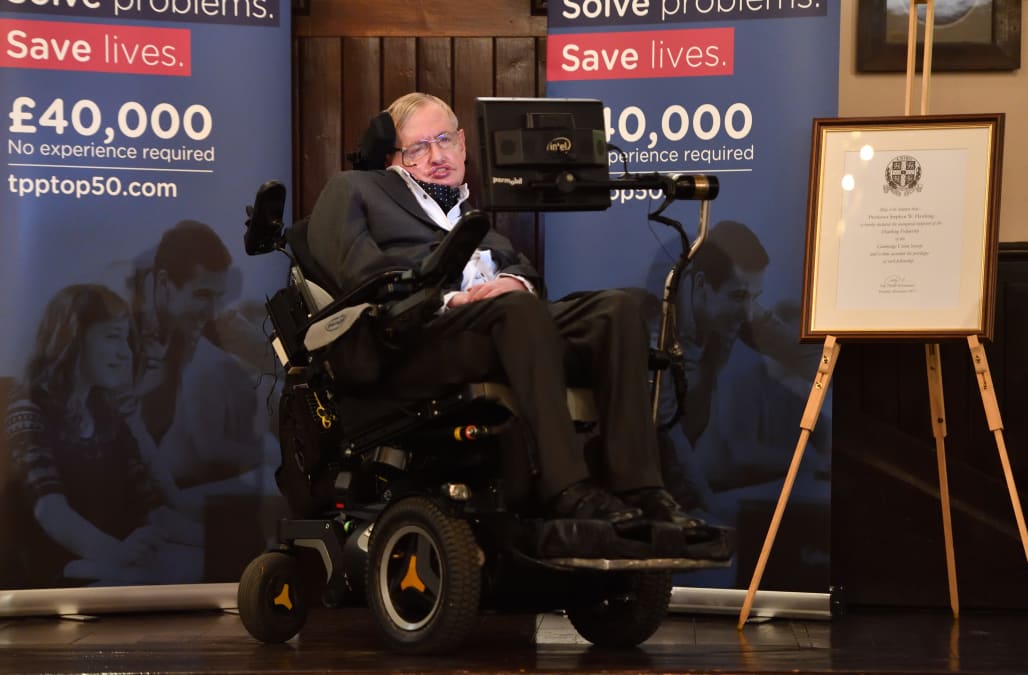 Stephen Hawking may have been a world renowned physicist, but his dry wit and penchant for strip clubs may have been lost in the numerous depictions of the icon in popular culture.

Hawking died Wednesday at the age of 76 due to complications related to amyotrophic lateral sclerosis or ALS, 55 years after he was diagnosed with the debilitating neurological disease.

Despite Hawking’s numerous awards, books, and TV appearances, here are some things you might not have known about the theoretical physicist.

His death, on March 14, falls on Pi Day and Albert Einstein’s birthday.

Life in a wheelchair

When Hawking was diagnosed with ALS at the age of 21, doctors told him he had just three years left to live.

Hawking famously outlived the grim prognosis, and he exhibited an adventurous streak despite being confined to a wheelchair.

He rode a hot-air balloon on his 60th birthday, and later boarded a zero-gravity flight five years later.

Hawking even used the wheelchair to his advantage and ran over the toes of people who annoyed him, according to his biographer Kitty Ferguson.

Prince Charles was one such victim, and “one of Hawking’s regrets in life was not having an opportunity to run over Margaret Thatcher’s toes,” Ferguson wrote.

When asked about the claims, Hawking called it a “malicious rumor,” adding, “I’ll run over anyone who repeats it.”

Hawking came down with pneumonia in 1985 and lost his ability to speak after doctors were forced to insert a tube in his windpipe.

The physicist initially communicated by gesturing to letters on a spelling card with the help of his eyebrows, but the process was agonizingly slow.

His wheelchair was later fitted with a speech-generating device, and Hawking’s “voice” is that of American engineer Dennis Klatt.

When Hawking met with the Queen in 2014, she joked, “Have you still got that American voice?”

He responded, “Yes, it is copyrighted actually.”

“Because he operates his switch with his cheek, if he’s eating or traveling, he creates random output,” Wood said.

“But there are times when he does like to come up with random speech. He does it all the time and sometimes it's totally inappropriate. I remember once he randomly typed 'x x x x', which, via his speech synthesizer, sounded like 'sex sex sex sex'."

Hawking's second wife was investigated for abuse, but no charges were ever filed

She had been married to David Mason, the engineer who attached the speech synthesizer to Hawking’s wheelchair.

Cambridge police investigated allegations that his second wife abused him, and his former assistant told Vanity Fair in 2004 Hawking only suffered injuries when he was alone with Elaine.

But Hawking shot down the allegations, and the investigation was eventually dropped with no charges filed against his wife.

An awkward encounter at the strip club

Hawking was reportedly a fan of strip clubs, and nightclub owner Peter Stringfellow recounted an amusing run-in with his hero.

“I went and introduced myself and said, ‘Mr Hawking, it's an honor to meet you. If you could spare a minute or two, I'd love to chat with you about the universe,’” Stringfellow once told the Mirror.

“Then I paused for a bit and joked, ‘Or would you rather look at the girls?’”

“There was silence for a moment, and then he answered: ‘The girls’.”

Hawking once said, “I have experimental evidence that time travel is not possible,” and recounted his unusual test — which involved throwing a party on Jun 28, 2009.

But Hawking didn’t send out invitations until after the event, and he later told journalists, “I sat there a long time, but no one came.”