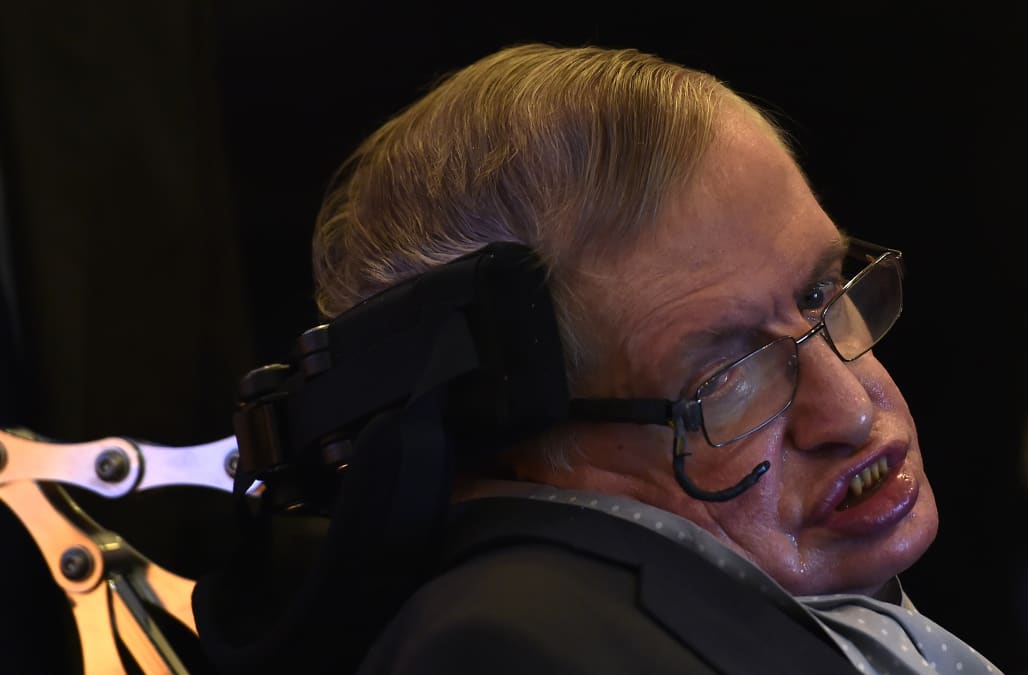 Stephen Hawking's computer-generated voice is so iconic that it's trademarked — The filmmakers behind The Theory of Everything had to get Hawking's personal permission to use the voice in his biopic.

But that voice has an interesting origin story of its own.

SEE ALSO: The world reacts to the death of the much-loved Stephen Hawking

Back in the '80s, when Hawking was first exploring text-to-speech communication options after he lost the power of speech, a pioneer in computer-generated speech algorithms was working at MIT on that very thing. His name was Dennis Klatt.

As Wired uncovered, Klatt's work was incorporated into one of the first devices that translated speech into text: the DECtalk. The company that made the speech synthesizer for Hawking's very first computer used the voice Klatt had recorded for computer synthesis. The voice was called 'Perfect Paul,' and it was based on recordings of Klatt himself.

In essence, Klatt lent his voice to the program that would become known the world over as the voice of Stephen Hawking.

Hawking passed away on Wednesday at the age of 76. The renowned theoretical physicist lived with ALS for 55 years. His death has prompted an outpouring of love, support, and admiration for his work and his inspirational outlook on life. It's also prompted reflection on how he managed to have such an enormous impact on science and the world, when his primary mode of communication for the last four decades has been a nerve sensor in his cheek that allows him to type, and a text-to-speech computer.

Though Hawking had only had the voice for a short time, it quickly became his own. According to Wired, when the company that produced the synthesizer offered Hawking an upgrade in 1988, he refused it. Even recently, as Intel worked on software upgrades for Hawking over the last decade, they searched through the dusty archives of a long-since-acquired company so they could use the original Klatt-recorded voice, at Hawking's request.

Klatt was an American engineer who passed away in 1989, just a year after Hawking insisted on keeping 'Perfect Paul' as his own. He was a member of MIT's Speech Communication Group, and according to his obituary, had a special interest in applying his research in computational linguistics to assist people with disabilities.

Hawking has been known to defend and champion his voice. During a 2014 meeting with the Queen, she jokingly asked the British Hawking "have you still got that American voice?" Hawking, like the sass machine that he is, replied "Yes, it is copyrighted actually."

Hawking doesn't actually consider his voice fully "American." In a section on his website entitled "The Computer," Hawking explains his voice technology:

"I use a separate hardware synthesizer, made by Speech Plus," he writes. "It is the best I have heard, although it gives me an accent that has been described variously as Scandinavian, American or Scottish."

It's an accent, and a voice, that will be missed.

You can find Hawking's last lecture which he gave in Japan earlier this month on his website. It's called 'The Beginning of Time.'

WATCH: Google is learning how to predict heart disease by looking at your eyes

More from Mashable:
Stephen Hawking wants his most famous formula engraved on his tombstone: Here's what it means
These images from the National School Walkout are powerful beyond belief
Powerful photos capture young girl marveling over Michelle Obama portrait