The best underdogs to pick for your March Madness bracket 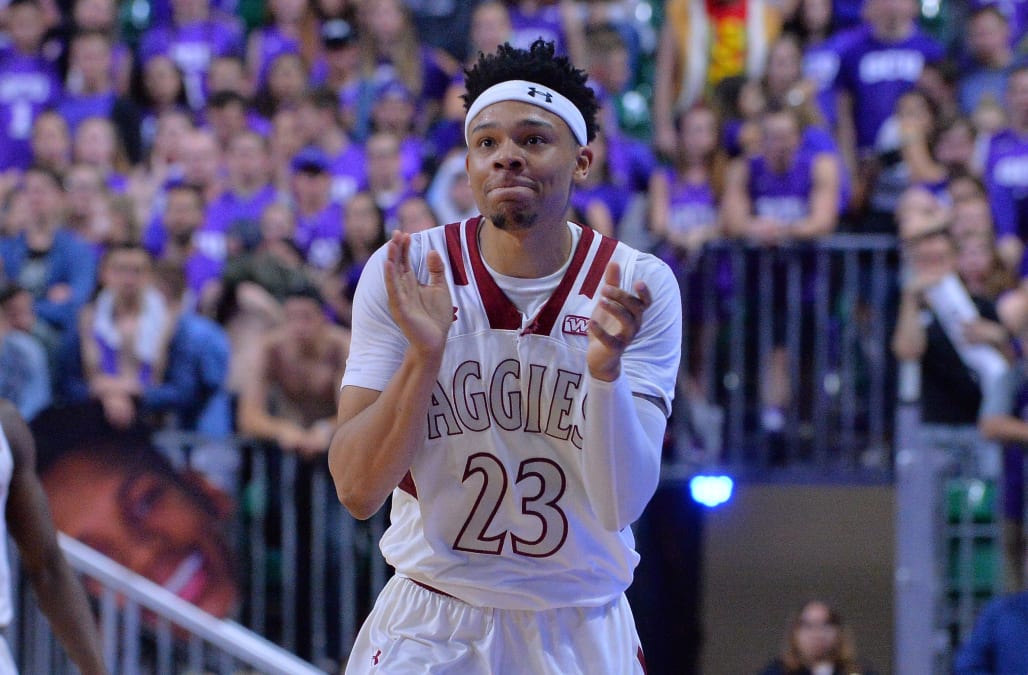 Everyone loves an underdog. That's why figuring out which ones to support in the NCAA Tournament is one of the most fun aspects of March Madness. When that inevitable first upset occurs, it's a good feeling to be one of the lucky ones who backed that scrappy squad on your bracket.

Among the first round games in this year's Big Dance with at least five seeding lines between teams (No. 6 vs. No. 11, No. 5 vs. No. 12, etc.), FiveThirtyEight gives seven lower-seeded teams at least a 20 percent chance of advancing to the round of 32. That group includes three No. 11 seeds, three of the "lucky" No. 12 seeds and even one No. 13 seed.

Click through the gallery below to see which underdogs have the best shot at breaking brackets across the nation.

College of Charleston, No. 13 Midwest Region

The Cougars (26-7) are taking part in March Madness for the first time since 1999, and enter as one of the hottest teams in the nation. They’ve only lost one game since Jan. 13.

The CAA champions are buoyed by the three-pronged attack of Grant Riller, Joe Chealey and Jarrell Brantley -- one of only two trios in Division I to average at least 17 points per game each, according to ESPN. Riller also owns the best shooting percentage (55 percent) of any Division I player with a scoring average of at least 18 points.

The boys from C of C will hope to slow down their game against Auburn, a team that’s far more athletic than the Cougars. If they can maintain their stellar turnover percentage (14.9 percent, 13th in the country) and limit the Tigers’ points in transition, they’ll have a good shot at pulling off a rare 4-13 upset.

South Dakota State (28-6) is making its third straight appearance in the NCAA Tournament, having narrowly lost to Maryland in 2016 before getting bounced by top-seeded Gonzaga last year. This is widely seen as the Jackrabbits’ best chance to advance beyond the opening round due to the maturation of junior forward Mike Daum.

“The Dauminator” is the first college player since Kevin Durant to average 24 points, 10 rebounds while shooting better than 40 percent from three-point range, according to ESPN’s Jay Bilas. The two-time Summit League Player of the Year is a potential All-American who could ascend to the national spotlight by helping South Dakota State claim its first ever tournament win.

Ohio State might start slow, as the Buckeyes will have had a 13-day break since their last game by the time they tip off on Thursday. Expect the Jackrabbits to come out of the gates bombing threes and testing the mettle of their higher-seeded opponents.

Davidson (21-11) wouldn’t have qualified for the Big Dance without winning their conference tournament, but this high-scoring squad proved how dangerous they can be in the process by defeating the Atlantic-10’s two other tourney teams in St. Bonaventure and Rhode Island.

Every rotation player makes at least 35 percent of their three-point attempts -- including co-conference player of the year Peyton Aldridge (21.3 PPG, 7.8 RPG) -- and Davidson’s turnover rate is 10th in the country. Those are hallmark traits of a giant killer that’ll aid the Wildcats in their bid to knock off a much more athletic Wildcat squad in Kentucky.

If they get past Big Blue, Davidson will likely next face Arizona -- yet another team nicknamed the Wildcats with several NBA prospects on their roster.

The Bonnies (26-7) secured their place in the round of 64 by defeating UCLA on Tuesday night -- St. Bonaventure's first NCAA Tournament victory since the school advanced to the Final Four in 1970.

Senior guards Jaylen Adams and Matt Mobley form a powerful one-two punch in the backcourt, as they average a combined 38.7 points per game. But forward Courtney Stockard showed he can take over a game in the First Four matchup against UCLA, playing all 40 minutes and scoring 26 points on a night when Adams and Mobley combined for just 22.

Florida is an inconsistent shooting team that can win or lose against any at-large team in the field on any given night. Since the First Four was introduced in 2011, every year at least one team sent to Dayton has advanced to the second round of March Madness. The Bonnies could very well take down the Gators and keep that streak going.

Head coach Brian Dutcher took over for coaching legend Steve Fisher at San Diego State ahead of the 2017-18 campaign after serving as his top assistant for 18 seasons. Now, he’s got the Aztecs (22-10) rolling on a nine-game winning streak after senior guard Trey Kell returned from injury and they defeated Mountain West favorite Nevada and New Mexico to win the conference tournament. SDSU also took down Gonzaga back in December.

The entire starting lineup averages 9.8-12.8 points per game, with senior forward Malik Pope topping that group. This is a bit of a throwback squad -- they’re solid defensively, in part because of good size that runs deep through the rotation. And they’re not particularly strong shooters and rely instead on the pick-and-roll.

But their experienced ball-handlers could fare well against Houston, which committed the most fouls and allowed the highest free throw rate in their conference.

The Aggies (28-5) have appeared in five of the past six NCAA tournaments after winning the WAC’s automatic bid, but haven’t earned a victory in any of those trips to the Big Dance. That could change under the guidance of first-year head coach Chris Jans, who oversaw a pair of impressive neutral-floor victories over Davidson and Miami earlier this season.

Senior guard Zach Lofton -- a 25-year-old who's transferred away from Illinois State and Texas Southern during his collegiate career -- is averaging 19.8 points per game and shooting 39 percent on three-pointers this season. Senior forward Jemerrio Jones is only 6-foot-5, but he was the best defensive rebounder in Division I this year with 9.4 per game as well as a team-high 3.1 assists per game.

The No. 5-seeded Clemson Tigers will have their hands (paws?) full far away from home in San Diego against a team that’s surely hungry to break through and snap their school’s 13-game NCAA tournament losing streak that dates back to 1970 (NMSU vacated wins in 1992 and 1993).

Loyola-Chicago (26-5) is back dancing for the first time since 1985, and the school that broke a major racial barrier by winning the 1963 national title with four black starting players appears poised to make some noise in their long-awaited return.

The Missouri Valley champions allow just 62.7 points per game, the fifth-best mark in Division I. They sink three-pointers at an even 40 percent clip (14th in Division I). Iowa State transfer and conference player of the year Clayton Custer leads a balanced offense with 13.7 points per game and acts as Loyola’s floor general. He didn’t play in three of his team’s five losses.

The Ramblers already beat a No. 6-seeded team, Florida, on the road this season. Now they’ve drawn a different No. 6 seed from the Sunshine State (Miami) that just lost potential first-round NBA draft pick Bruce Brown Jr. to a season-ending foot injury. This will be a popular upset pick across the nation, and for good reason.

Photo credit: Keith Gillett/Icon Sportswire via Getty Images
Up Next