15 Stephen Hawking quotes that reveal how a genius thinks 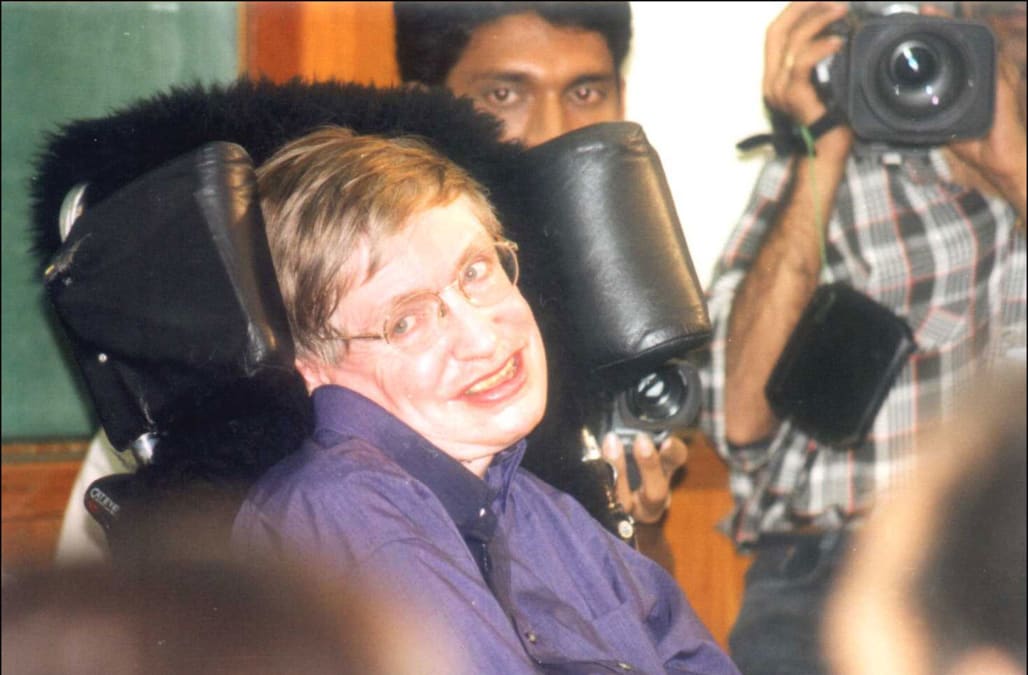 Stephen Hawking has died peacefully at home at the age of 76.

The world-renowned physicist was told he would only have two years to live when diagnosed motor neuron disease, a rare form of ALS, aged 21.

Some 55 years later, it is safe to say he defied the odds and helped transform the way scientists view black holes and the universe.

As well his contribution to science, Hawking was a philosopher of sorts, a powerful political voice, and had a good line in acerbic wit.

These 15 quotes show Hawking's approach to science and to life in general — and take you inside the mind of a genius.

"My advice to other disabled people would be, concentrate on things your disability doesn't prevent you doing well, and don't regret the things it interferes with. Don't be disabled in spirit, as well as physically."

"My goal is simple. It is a complete understanding of the universe, why it is as it is and why it exists at all."

"I have noticed that even people who claim everything is predetermined and that we can do nothing to change it, look before they cross the road."

["Black Holes and Baby Universes and Other Essays," 1994]

"Life would be tragic if it weren't funny."

"If you jump into a black hole, your mass energy will be returned to our universe but in a mangled form which contains the information about what you were like but in a state where it can not be easily recognized. It is like burning an encyclopedia. Information is not lost, if one keeps the smoke and the ashes. But it is difficult to read."

On the value of string theory

"When we understand string theory, we will know how the universe began. It won't have much effect on how we live, but it is important to understand where we come from and what we can expect to find as we explore."

"I have no idea. People who boast about their IQ are losers."

On what he thinks about all day

"Women. They are a complete mystery."

On why he writes for a popular audience

"I put a lot of effort into writing 'A Briefer History' at a time when I was critically ill with pneumonia because I think that it's important for scientists to explain their work, particularly in cosmology. This now answers many questions once asked of religion."

On the Eureka moment of a new discovery

"I wouldn't compare it to sex, but it lasts longer."

His advice to his three children

"One, remember to look up at the stars and not down at your feet. Two, never give up work. Work gives you meaning and purpose, and life is empty without it. Three, if you are lucky enough to find love, remember it is there and don't throw it away."

"If aliens visit us, the outcome would be much as when Columbus landed in America, which didn't turn out well for the Native Americans. We only have to look at ourselves to see how intelligent life might develop into something we wouldn't want to meet."

"When I was first diagnosed with ALS, I was given two years to live. Now 45 years later, I am doing pretty well."

"God may exist, but science can explain the universe without a need for a creator."

"It is no good getting furious if you get stuck. What I do is keep thinking about the problem but work on something else. Sometimes it is years before I see the way forward. In the case of information loss and black holes, it was 29 years."