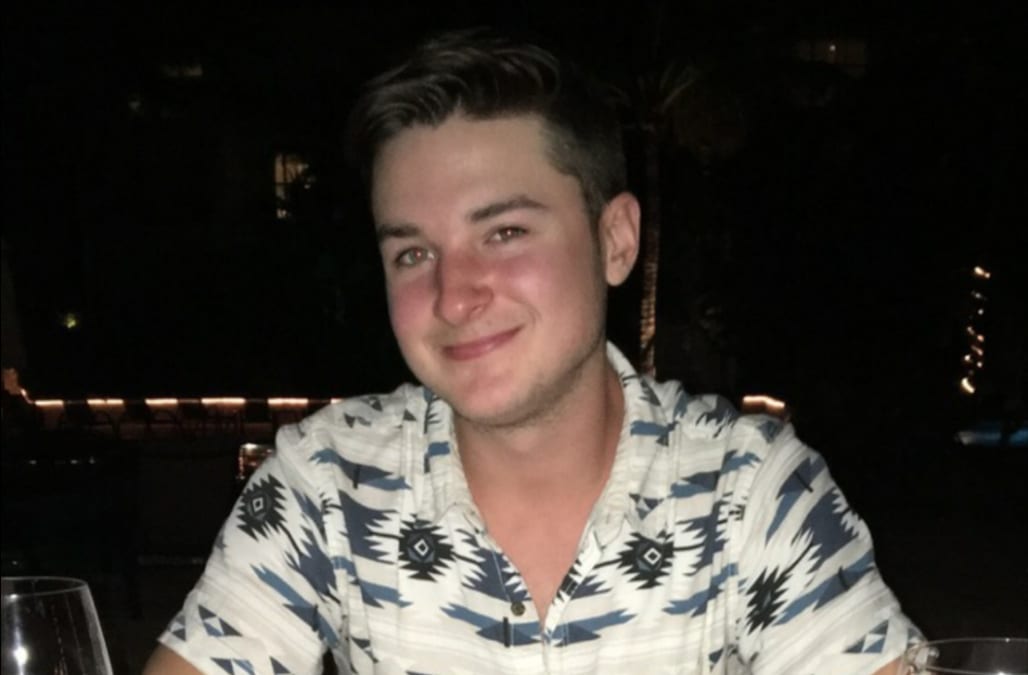 A Michigan teen died just hours after asking the family of his girlfriend for permission to marry her.

Jonathan Brussow, 19, and his girlfriend, Athena Williams, 20, were on vacation in the Bahamas last Monday when a huge wave swept him away, reports said.

The night before the the teen's unexpected death, he sat down with Williams' family to ask them for permission to pop the question, Fox 17 reported.

“When we started dating he always told me, ‘Since the first time I saw you, I knew I was gonna marry you,'" Williams told the station.

Jonathan Brussow, 19, was on vacation in the Bahamas when a huge wave swept him away, reports said.

A beautiful and heartbreaking tribute written by Jonathan Brussow's family. "God brought Jonathan in with a storm… https://t.co/5OHKgOr9wB
We're told the GoFundMe is to encourage people in the Bahamas to get involved in the search for Jonathan Brussow. https://t.co/x1u0Qge5ZW
Jonathan Brussow had just asked his girlfriend's parents' for their blessing to marry her when he was swept out to… https://t.co/RgbqjI3TTk
Michigan Man Swept Away by Giant Wave in Bahamas After Asking for Permission to Marry Girlfriend… https://t.co/Rcu2dCZltz
Up Next

The pair reportedly met during a bonfire the summer before starting high school and has been together since.

The next morning, Brussow and Williams’ brother, Eric, went for a walk and a huge wave swept them into the water. Eric was reportedly able to grab onto a rock and get ashore, although he suffered broken ribs and deep cuts.

Eric Williams reportedly ran a mile to get help before he was transported to a hospital.

The search for Brussow, with the help of locals, lasted for days. A tropical storm on the island hampered the effort.

“He absolutely loved his life," Williams told the station. "He had no regrets. He had no complaints. I’ve never, ever experienced or seen anybody love somebody so genuinely like he actually loved me. It just blows me away, the person he was. The person he still is."

The Williams and Brussow families are reportedly raising money to install a safety device on the Glass Window Bridge, near where Brussow entered the water.

The family started a GoFundMe page to help with the effort.

RELATED STORIES:
Teen Dies a Hero in Shooting Spree That Left 8 Dead, Including Police Officer: Cops
Teen Dies After Being Punched at Party
Teen Dies After Falling Off School Roof While Playing With His Friends