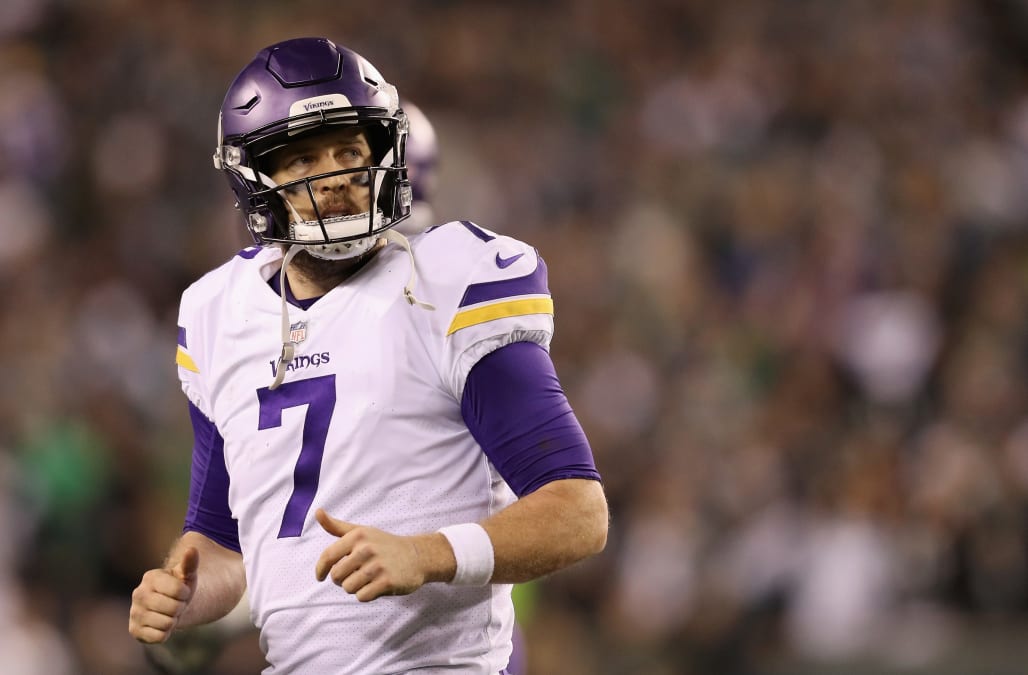 Free-agent quarterback Case Keenum intends to leave the Minnesota Vikings and sign with the Denver Broncos when free agency officially opens on Wednesday, according to multiple reports.

According to 9News Denver, Keenum's deal is expected to be a short-term agreement, suggesting it won't preclude the Broncos from taking a quarterback with the fifth overall pick in next month's draft if they so choose. His signing cannot be made official until the new league year opens at 4 p.m. ET on Wednesday.

Keenum, 30, is coming off a career season in which he threw for 3,547 yards, 22 touchdowns and seven interceptions while taking the Vikings to the NFC Championship Game.

He is expected to be the first to sign among a wave of quality free-agent quarterbacks, while Cousins is expected to visit at least one team before choosing where he'll play next. Minnesota is widely considered a top contender for Cousins' services, with incumbents Keenum, Bridgewater and Sam Bradford all hitting free agency.

The Broncos have familiarity with Keenum through former head coach Gary Kubiak. Now a senior personnel advisor in Denver's front office, Kubiak coached Keenum with the Houston Texans from 2012-13 after the Texans signed the former Houston Cougars star as an undrafted free agent. The Broncos reportedly attempted to trade for Keenum two years ago after Peyton Manning retired and while Kubiak was still Denver's head coach.

With Keenum coming aboard, the Broncos are expected to trade or release Trevor Siemian, who has opened each of the last two seasons as Denver's starter. According to the Denver Post, the Broncos have received calls on Siemian recently.