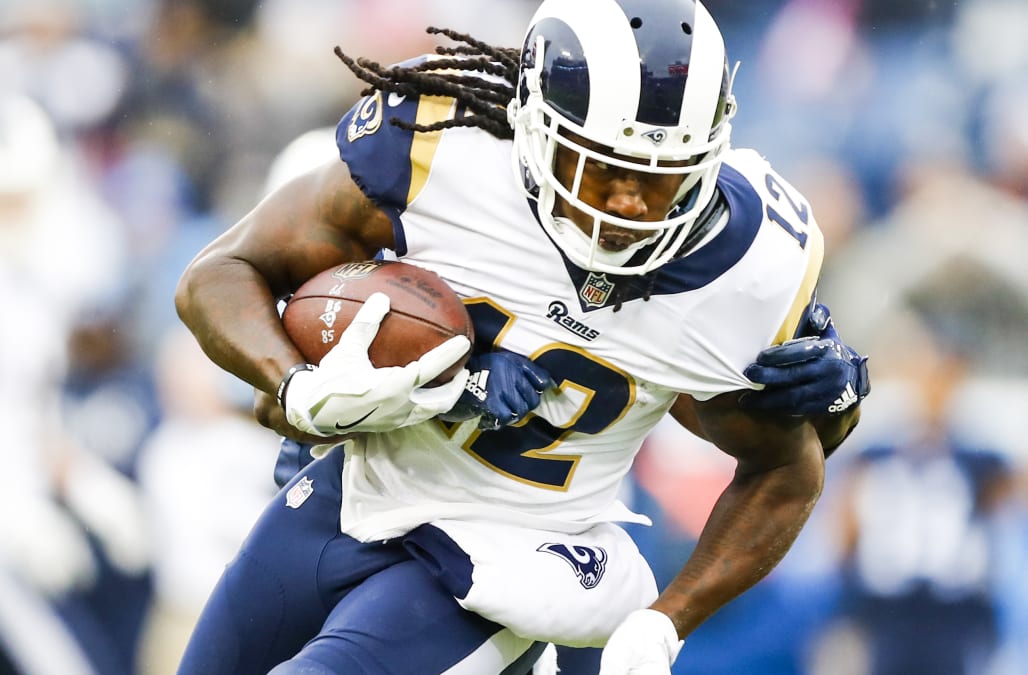 According to multiple reports, Watkins agreed to a deal with Kansas City worth $48 million over three years, including $30 million guaranteed.

Watkins was traded from the Buffalo Bills to the Los Angeles Rams last season. The Rams attempted to re-sign Watkins after option to use the franchise tag on defensive back Lamarcus Joyner, but the price became prohibitive rather quickly on Monday, the start of the free agent negotiating window.

Watkins, 25, caught 39 passes for 593 yards and eight touchdowns. He has 25 career TDs in 52 games. He spent his first three seasons in Buffalo after being drafted fourth overall in 2014.

Chiefs general manager Brett Veach said at the NFL Scouting Combine that the franchise was definitely diving into the wide receiver market to surround second-year quarterback Patrick Mahomes, who has a rifle of a throwing arm, with speed. The Chiefs kicked off a frenetic offseason by trading quarterback Alex Smith to the Washington Redskins, pushing Mahomes into a starting role.

"Look, Patrick has a cannon," Veach said. "Everybody wants fast receivers. But knowing you have a quarterback that really doesn't have a limit in how far he can throw is a good thing. ... I think what you do is you find out where your strengths and weaknesses are and you build around certain attributes players have. Patrick's skill set is maybe a little bit different than Alex's. Maybe the players that you surround him with, maybe work more to his skill set. Again, he is an exciting player, has a long way to go, but I think it will be fun surrounding him with talent moving forward."