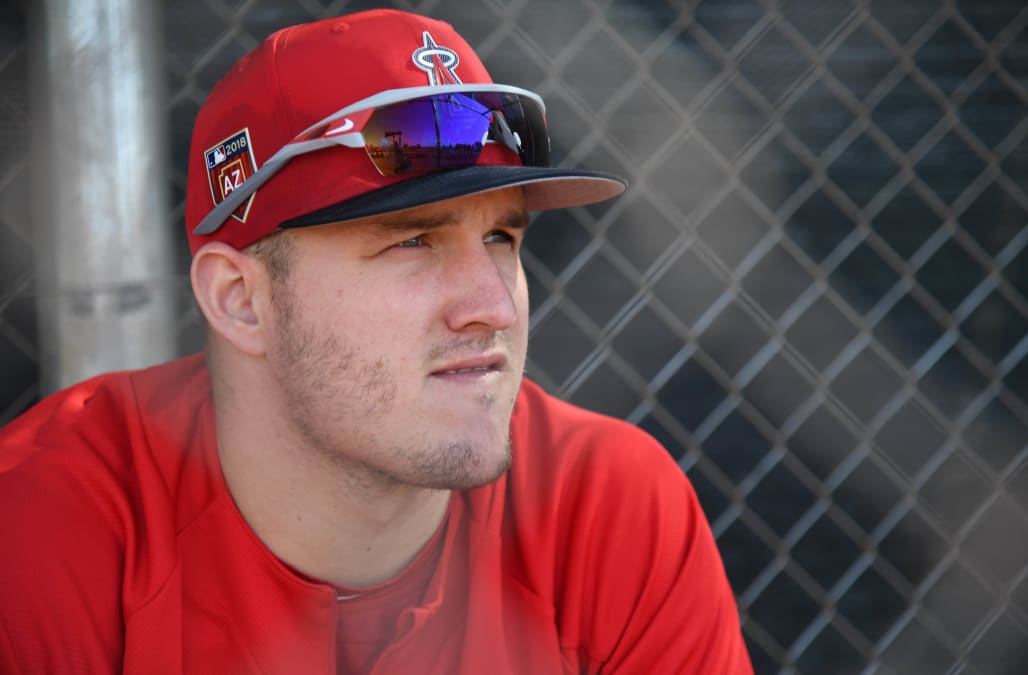 Editor’s note: From now until opening day, Yahoo Sports will be getting you ready for the 2018 MLB season with a series of previews and roundtable discussions with our writers. First up, we’re talking about the breakout teams of 2018.

There hasn’t been a baseball season in recent memory where the haves and have-nots are more defined. We know which teams are good. They’re pretty much the same teams that were good last year. It wouldn’t be a shock if most of the teams that won their division in 2017 win it again in 2018.

All that means is the teams that break out will have a tougher time doing it.

As we consider the breakout teams of 2018, we’re thinking about a few things: Which teams made the moves necessary to make their way into the postseason mix? And which teams have the clearest path to that breakout? Yahoo Sports’ experts Jeff Passan and Tim Brown make their picks in the video above, as the Big League Stew writers are making their choices below. Feel free to leave yours in the comments to tweet them to us at @bigleaguestew.

MARK TOWNSEND: The Los Angeles Angels
I don’t know that the Angels are the sexiest pick here. Nor do I feel like they’re on the verge of long-term success. However, I like them to break their string of disappointing seasons with a postseason berth in 2018. Obviously, Shohei Ohtani was a dynamic addition over the winter. Acquiring Justin Upton late last season and locking him up is a big move too. But they further lengthened the lineup by bringing in Zack Cozart and Ian Kinsler. It’s a tough division and they still have flaws, but now that Mike Trout has real help, this is the time for them to surge.

CHRIS CWIK: Philadelphia Phillies
Think about last year’s breakout teams for a second. Both the Twins and the Yankees performed much better than anticipated. What did they have in common? Both were thought of as future contenders whose timelines moved up after their youngsters emerged early. The Phillies bring a similar approach to the table in 2018. J.P. Crawford will finally get a shot at a full season in the majors. Nick Williams, Jorge Alfaro and Rhys Hoskins can build on last year’s success. Aaron Nola might finally reach the 200 innings mark. While you could make similar arguments for the Braves and White Sox, the Phillies actually participated in the offseason, signing Carlos Santana and Jake Arrieta. If surprise performances are keyed by youngsters turning into stars faster than anyone expected, the Phillies have the best shot at making that happen in 2018.

LIZ ROSCHER: Philadephia Phillies (again)
Before the Phillies signed Jake Arrieta, I was confident that the Phillies would surprise people. Now with Arrieta on board, they probably won’t surprise people because the team has made their intent clear: competition or bust. The front office obviously has a lot of faith in its young players, not to mention their ability to fulfill the potential that has yet to be realized. If not, they wouldn’t have spent so much money on Arrieta and Carlos Santana. Arrieta joins a rotation that contains Aaron Nola and several promising (if not overwhelmingly talented) other starters. Santana joins an infield with great defense and will obviously compete with shortstop J.P. Crawford for the season’s highest walk total. And the outfield has power in Rhys Hoskins and all-around talent in Odubel Herrera. And I haven’t even gotten to their remade bullpen. The Phillies are ready to take the leap into contention, and even though people are expecting it now, it doesn’t make it any less surprising. Looking back a year ago, would anyone have thought they’d be here now?

MIKE OZ: Milwaukee Brewers
Before the Phillies and the Minnesota Twins, the Milwaukee Brewers were the team making the most of a cold winter in baseball. They added Lorenzo Cain in free agency and ponied up to acquire Christian Yelich in a trade with the Miami Marlins. That turns Milwaukee into the home of one of the best outfields in baseball, especially when you consider that Yelich is probably better than you know. He was the 24th most valuable position player in MLB last season, according to Fangraphs, and is only getting better. The Brewers are better than you know too. They won 86 games last year and almost made the postseason — not bad for a team on which the casual fan would have trouble naming a player other than Ryan Braun. What really gives the Brewers a chance to break out is the fact that the NL Central looks weak. The Cubs should win the division title again, but after that? The Cardinals could be good, but maybe not. The Reds and Pirates are both rebuilding. There’s a lane there, and the Brewers look ready for it. The Brewers could very easily finish in second place and — heck, if their pitching surprises us — might even close the gap some on the Cubs.