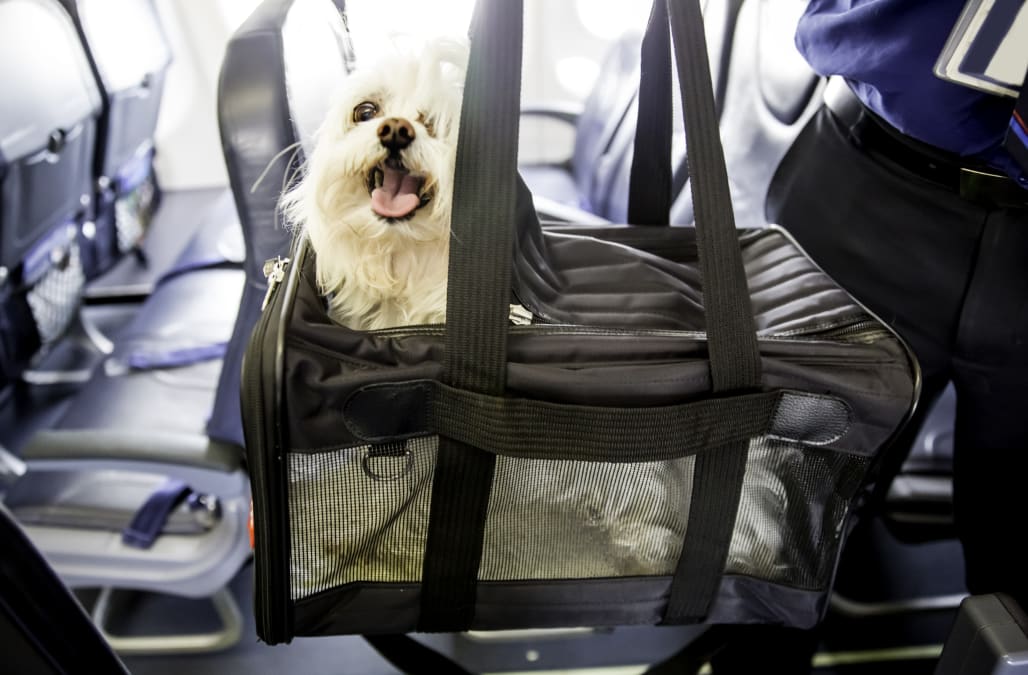 According to an account posted to Facebook by fellow passenger Maggie Gremminger, the canine passenger belonging to a mother and her two children was being kept in a TSA-approved dog carrier. However, the owner was reportedly forced by a flight attendant to put the dog carrier along with its occupant in the overhead compartment.

By the end of the flight, the dog was dead.

"Tonight I was on a plane where I witnessed a @united flight attendant instruct a passenger to place her dog carrier (with dog) in the overhead compartment. The passenger adamantly refused but the flight attendant went on with instruction," Gremminger said on her Facebook page.

"At the end of the flight - the dog was found in the carrier. I am heartbroken right now. I didn't question the flight attendant, but I could have. I assumed there must be ventilation as surely the flight attendant wouldn't have instructed this otherwise. I heard the dog barking a little and we didn't realize it was barking a cry for help."

"By the end of the flight, the dog was dead. The woman, crying in the airplane aisle on the floor," Gremminger said.

In a statement to Busines Insider, United Airlines apologized and took responsibility for the incident:

"This was a tragic accident that should never have occurred, as pets should never be placed in the overhead bin. We assume full responsibility for this tragedy and express our deepest condolences to the family and are committed to supporting them. We are thoroughly investigating what occurred to prevent this from ever happening again."

However, the airline declined to comment on its official in-cabin pet stowage policy and whether the passengers have been compensated for their loss.

SEE ALSO: These are the 9 best airlines in America