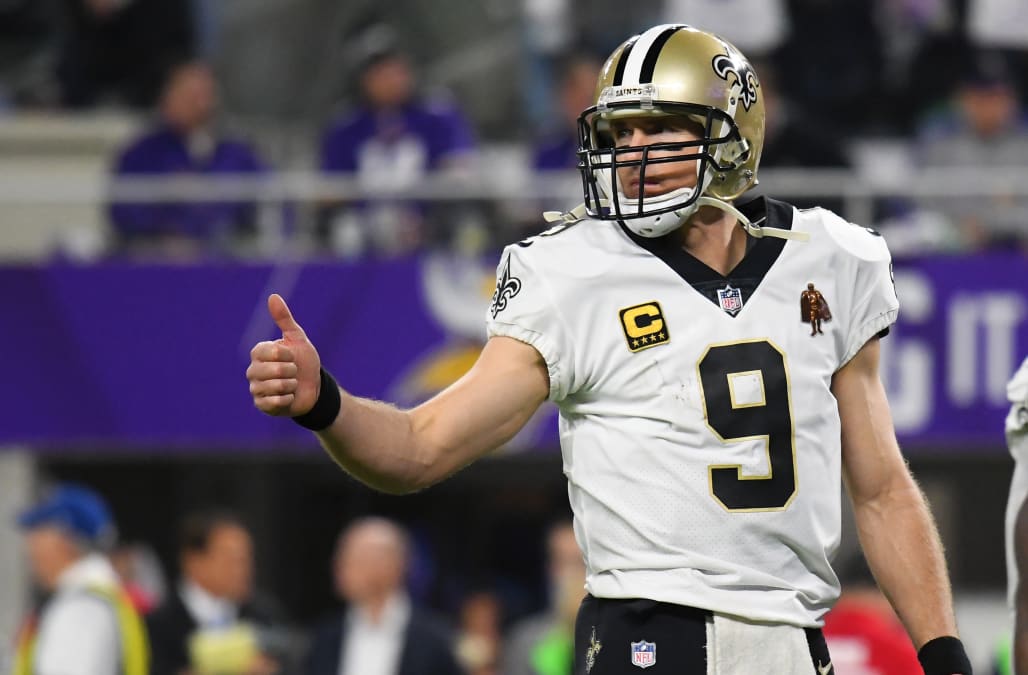 Drew Brees agreed to a two-year, $50 million contract to remain with the New Orleans Saints.

The deal includes $27 million guaranteed according to NFL Network and ESPN.

Brees, 39, said after the season-ending playoff loss to the Minnesota Vikings that he planned to be back with the Saints. The contract rates as a relative discount considering Brees' production and the exploding market for quarterback contracts, including a five-year, $137.5 million deal for Jimmy Garoppolo with the San Francisco 49ers.

The Saints won the NFC South and should bring back the majority of their starters on both sides of the ball.

"I feel like we have a great window of opportunity. I've been a part of talented teams in the past throughout my career, though, that have not lived up to expectations. I've also been a part of teams that were just gutsy and gritty, and surpassed expectations," Brees said. "So the bottom line is that success is dependent upon your willingness to work and the way that guys care about each other and the sense of urgency. So while I think we do have a talented team, I know that each year you have to go out and prove it."