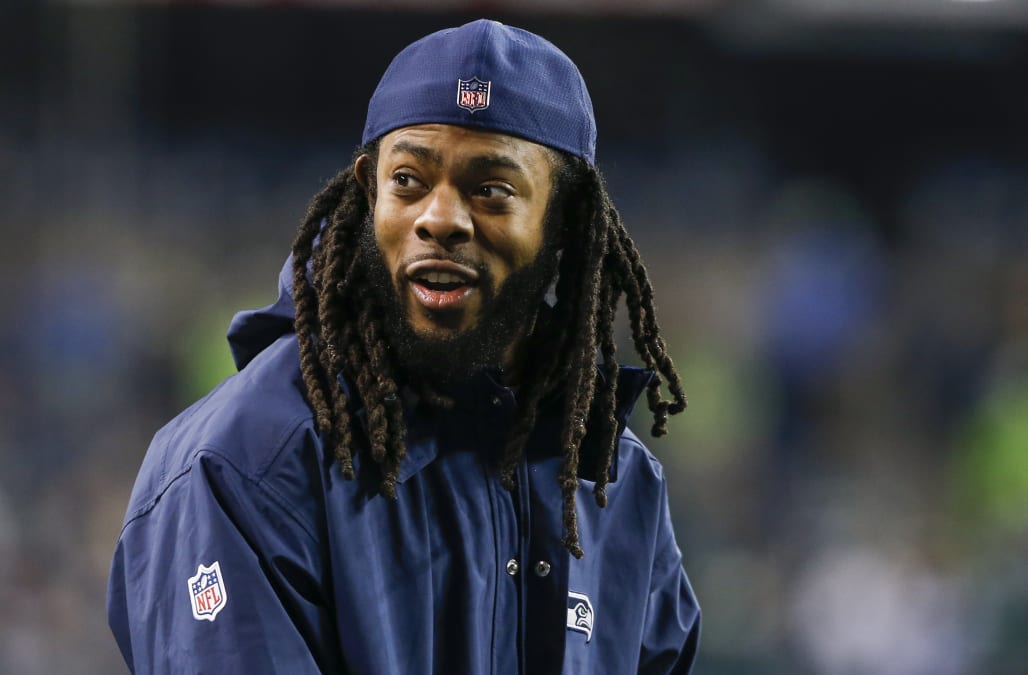 Newly minted San Francisco 49ers cornerback Richard Sherman represented himself in his negotiations with the team, and per a new report from Sports Illustrated’s Peter King, the former Seahawk did about as well as could be expected. Good news for him and for San Francisco; bad news for agents.

Just 28 hours after Seattle released the All-Pro cornerback, he was sitting in the offices of 49ers general manager John Lynch, hammering out the details of a complex three-year deal … and doing so by himself, without additional representation. Oh, and there was the added benefit of playing Seattle twice a year; as Sherman noted, “I’m vengeful in that way.”

Sherman put in the time to compare his own situation realistically with those of other aging stars. “I spent maybe 10, 12 hours reading all these contracts and studying the contract language,” Sherman told King. “If I was going to represent myself, I was going to do the research.”

The result: Sherman and the 49ers negotiated a heavily incentivized deal, but one which gives the almost-30-year-old Sherman a chance to match the $11 million he made in Seattle. If he plays 90 percent of San Francisco’s snaps and gets selected to the Pro Bowl—no sure thing, obviously, but achievable—the big numbers are waiting.

“This is how much Richard studied this,” the 49ers’ Paraag Marathe told King. “We had a clause in a bunch of our contracts saying players got an incentive for making the Pro Bowl, even if they were medically excused from playing in the Pro Bowl. Richard said, ‘What if I’m voted to the Pro Bowl and I can’t go because we’re in the Super Bowl?’ We thought, He’s right. Great observation. We changed the wording.”

Lynch told King that the lack of a buffer between team and player made for a different environment. Teams will point to a player’s negatives when negotiating, though often not with the player actually in the room. “Sometimes contract offers sting the player,” Lynch said. “We said to him, ‘There are some realities here where you’re going to have to give.’ And he got it.”

This was a matter of hours; the 49ers had been prepared to trade for Denver’s Aqib Talib, but that fell through. And while Sherman was listening to offers from other teams, he knew it was likely now or never to get the deal he wanted from San Francisco. And so the guy who kept the 49ers out of the Super Bowl four years ago now hopes to help them return … along with one other incentive.

“We had something no other team could offer,” Lynch said. “The ability to play Seattle twice a year.”

The full tick-tock rundown is worth a read. And Sherman’s future in San Francisco will be one to watch.

More from Yahoo Sports:
• Did a Lakers usher really not recognize Jack Nicholson?
• How the NCAA’s mistake could lead to historic tourney upset
• Heartbreaking photo shows sad side of March Madness
• Short deal for QB Cousins could go long way for elite NFL platyers
____
Jay Busbee is a writer for Yahoo Sports. Contact him at jay.busbee@yahoo.com or find him on Twitter or on Facebook.