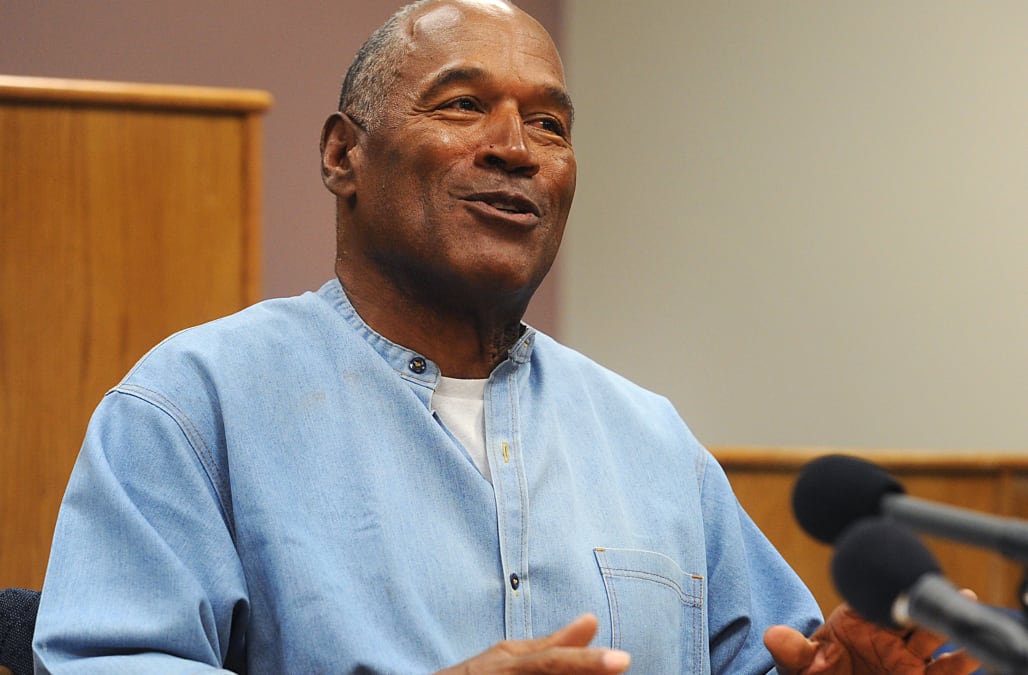 O.J. Simpson’s “hypothetical” retelling of the night Nicole Brown and Ron Goldman were murdered didn’t sound like a hypothetical in the buried 2006 Fox interview that finally aired Sunday night.

The special, which was filmed as part of a promotional tour for his book “If I Did It,” never saw the air until Sunday.

In a description that alternated between using an accomplice named “Charlie” and “I,” Simpson, now 70, detailed the graphic murders of his ex-wife and her friend on June 12, 1994.

Simpson describes entering through a back gate and seeing the home flooded with candles and music. Then, he said, Goldman showed up.

"In the mood I was in, I started to have words with him,” Simpson told Judith Regan.

He went on to describe a verbal fight with Goldman that escalated when Brown came outside. She fell and hurt herself, at which point Goldman “got into a karate thing,” Simpson claimed.

Then, “Charlie” grabbed a knife.

“After that, I don’t remember,” he said, laughing. “There was blood and stuff around.”

The coroner’s report described the attacks more clearly, including Brown being stabbed four times and Pearlman five times before the killer slit his throat and severed his abdominal artery. The Los Angeles County District Attorney’s office described the murders as “overkill.”

Christopher Darden, who tried the case, said on the recently taped panel, that he believed Simpson “confessed to murder.”

“He may try describing this as a hypothetical, but it becomes ‘I,’” Darden said.

Simpson, no longer speaking in a hypothetical, said he left for Chicago that night and was woken up the next morning by a call from Los Angeles police. He returned immediately.

The former running back said the ease with which people believed he was a murderer was the hardest part for him.

“I thought that my whole life meant something,” he told Regan, calling himself a “straightshooter.”

“It bugs me that it seems that people wanted me to be guilty.”

Simpson went on to say that the first time he “woke up” was when the press began describing the prior domestic violence incidences. Regan, who also edited “If I Did It,” said on the panel that he just wanted to be liked and never realized the gravity of the situation.

Simpson was acquitted of the double murder in 1995, but was ordered to pay $33.5 million to the victims after a 1997 civil court ruled against him.

A year after the Fox interview, Simpson led a group of men in a Las Vegas robbery, which he said was an expedition to recover sports memorabilia that had been stolen from him. He served nine years in jail before being released in October.