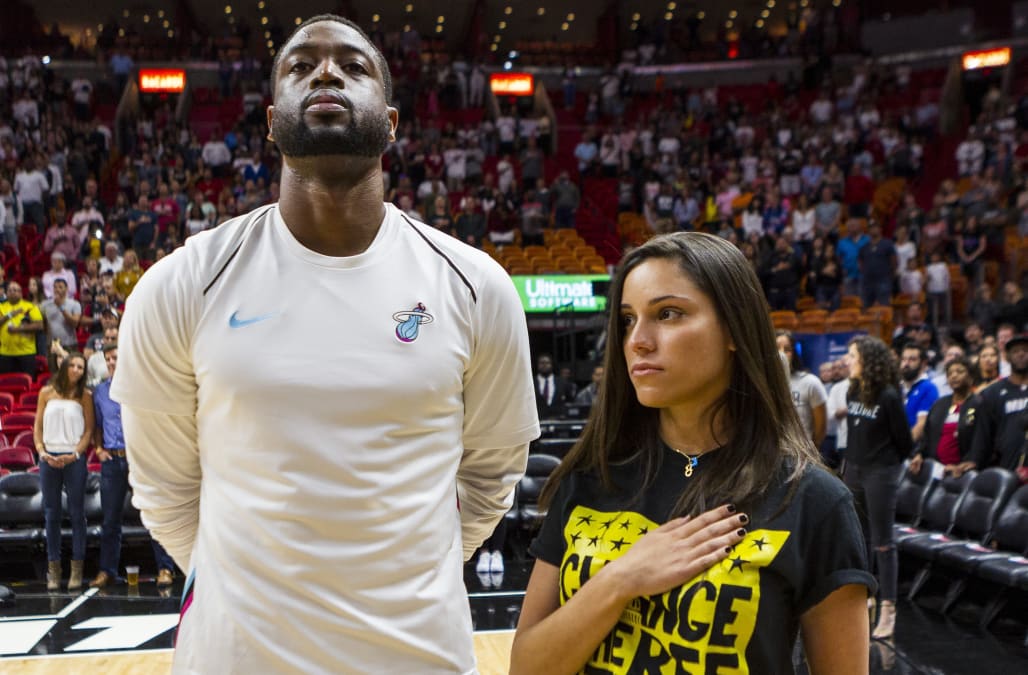 To honor the students of Marjory Stoneman Douglas High School in Parkland, Fla., the Miami Heat’s Dwyane Wade has developed an art exhibit that commemorates victims and challenges survivors.

Seventeen people died in the shooting rampage at the high school last month. The exhibit, “Parkland 17,” is part of Miami’s ongoing Art Walk event, and features a range of powerful visual elements, from empty desks to stark numbers:

The names of the 17 lost were on empty school desks. Messages on the wall read “On an average day [96] Americans are killed by guns” and “Be the change you wish to see in the world.” The exhibit also includes a “Ring your Rep” phone booth where visitors can call their representatives and voice their thoughts on gun violence.

Manuel Oliver, whose 17-year-old son Joaquin died in the shooting, created the exhibit. Wade visited the exhibit on Saturday night after the Heat’s win over the Washington Wizards.

Wade has taken a deep interest in the MSD students and the Parkland tragedy. He etched Joaquin Oliver’s name on his sneakers earlier this month, and later visited the high school to inspire and listen to the students.

“I just had a great conversation with some of the students at Stoneman Douglas High School about some important/impactful things that they have planned,” Wade said in a tweet last week. “I’m looking forward to being more involved in the change that they WILL create.”