Trump slams The New York Times over impeachment lawyer story: 'I am VERY happy with my lawyers' 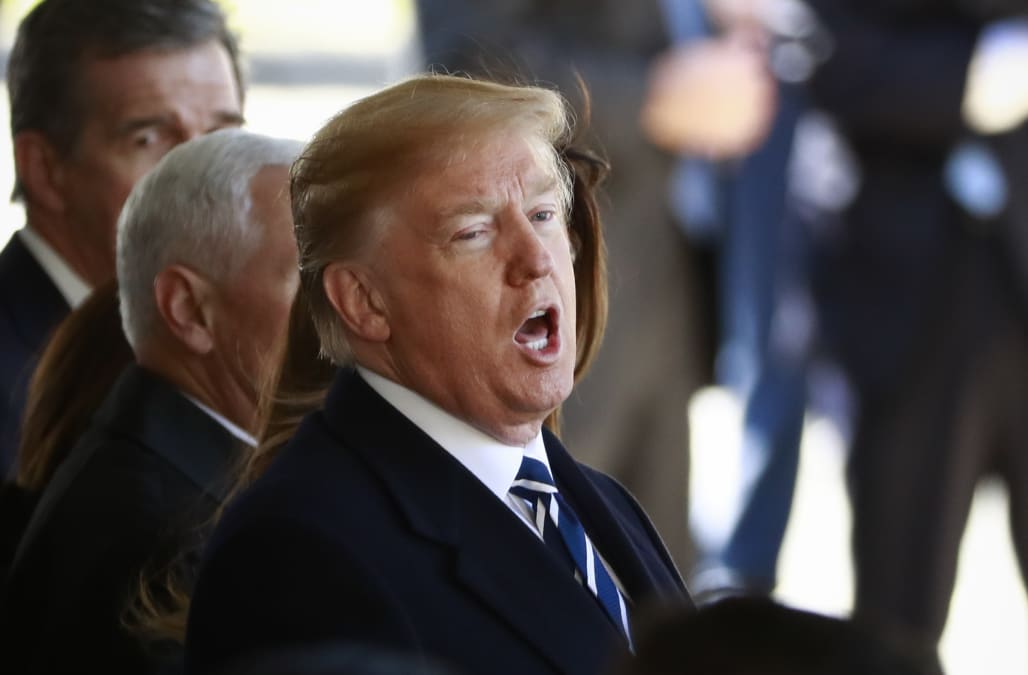 President Trump on Sunday lashed out at Maggie Haberman, a reporter for the New York Times, over a story published on Saturday.

“The Failing New York Times purposely wrote a false story stating that I am unhappy with my legal team on the Russia case and am going to add another lawyer to help out. Wrong,” Trump tweeted.

“I am VERY happy with my lawyers, John Dowd, Ty Cobb and Jay Sekulow. They are doing a great job and have shown conclusively that there was no Collusion with Russia..just excuse for losing,” Trump added. “The only Collusion was that done by the DNC, the Democrats and Crooked Hillary. The writer of the story, Maggie Haberman, a Hillary flunky, knows nothing about me and is not given access.”

The Times story, written by Haberman and Michael S. Schmidt, reported, citing sources, that Trump recently met with Emmet Flood, former President Bill Clinton’s impeachment lawyer at the time, to discuss the possibility of coming aboard the White House legal team as the special counsel Robert Mueller’s investigation into Russia’s meddling in the 2016 election stretches on.

The report also describes some conflicts among Trump’s team of attorneys—for example, between White House counsel Donald McGahn and Ty Cobb who has been managing requests from special counsel Robert Mueller’s team.

According to the Times, McGahn “believed that Mr. Cobb was too willing to hand over documents to Mr. Mueller when the White House could have shielded them by citing executive or attorney-client privilege.”

Trump has repeatedly called the Russia probe a “witch hunt.”

“The Russian Witch Hunt goes on and on. There was no Collusion and there was no Obstruction (the word now used because, after one year of looking endlessly and finding NOTHING, collusion is dead). This is an American disgrace!” Trump tweeted last month.