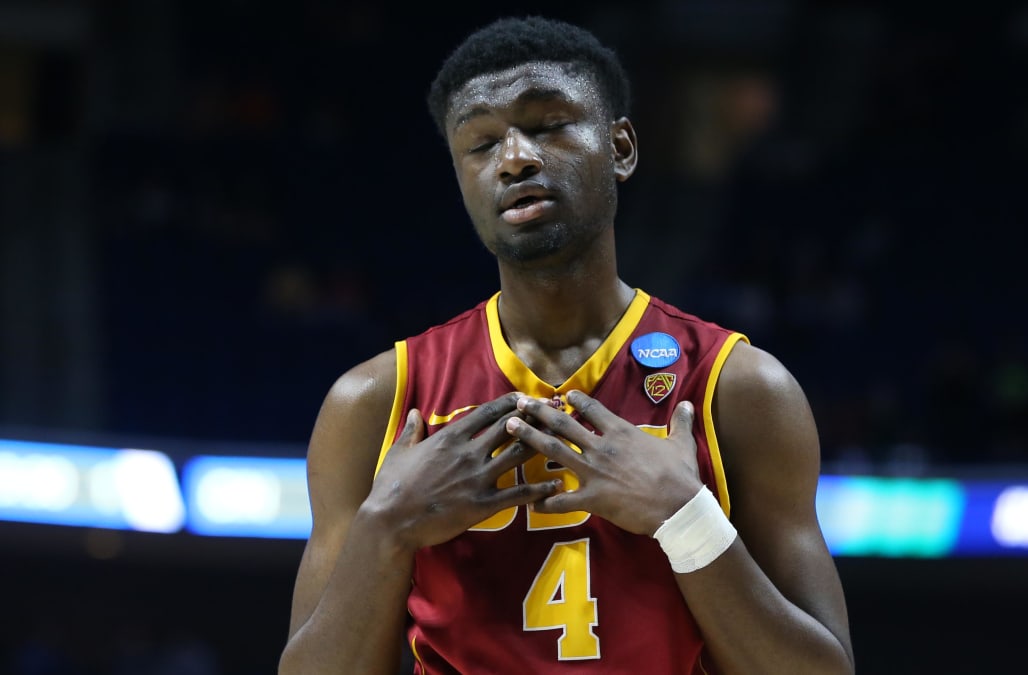 It’s as much a Selection Sunday staple as rival fans complaining that Duke got the easiest draw and John Calipari grumbling that Kentucky got the toughest.

As soon as the NCAA tournament bracket is unveiled, the bellyaching over which bubble teams were left out begins.

Here’s a look at the five biggest snubs from this year’s NCAA tournament:

Why they could have made it: USC’s argument was that it finished second in the Pac-12 in the regular season and reached the league’s tournament title game. By that measure, it’s tough to argue the Trojans aren’t the second-best team in a league that sent three others to the NCAA tournament. USC also finished with nine quadrant 1 wins, more than most bubble teams. Seven of those came away from home.

Why they didn’t: For a team that finished second in a power-conference, USC’s profile was unusually empty. The Trojans did not beat Arizona, Arizona State or UCLA during the season. In fact, New Mexico State is the only NCAA tournament team they beat all season. It also doesn’t help the Trojans that they have a bad loss to Princeton weighing down their profile. The Tigers finished fifth in the Ivy League.

Why they could have made it: If who you beat is the most important criteria, then Oklahoma State must be scratching its heads. Hardly any bubble teams boasted a more impressive collection of wins than the Cowboys. They beat Kansas and Oklahoma twice, split with Texas Tech and West Virginia and took games from Texas and Florida State. That’s eight victories against potential NCAA tournament teams.

Why they didn’t: What kept Oklahoma State out is its 14 losses, its dreadful non-conference strength of schedule and its bloated RPI. The committee often says that it doesn’t make decisions based purely on RPI rankings, but no team has ever made the field with an RPI in the 80s. That history apparently proved too much to overcome.

Why they could have made it: The strongest case for Louisville is that the Cardinals didn’t lose a single game against a non-NCAA tournament contender. The worst team to beat them is probably Syracuse, which was among the last teams left out. Louisville did boast a few strong wins too. The Cardinals took two apiece from Virginia Tech and Florida State and another from Notre Dame.

Why they didn’t: What a snoozer of a bubble resume this is. The Cardinals may not have suffered any bad losses, but they don’t boast many good wins either. Louisville is 5-13 against the top two quadrants and lacks single RPI top 50 victory. One reason for that is their heartbreaking regular season loss to Virginia two weeks ago. The Cardinals blew a four-point lead in less than a second and lost on a banked-in 3-pointer at the buzzer.

Why they could have made it: Notre Dame’s case stemmed from the rash of midseason injuries it endured. Standout point guard Matt Farrell and preseason All-American forward Bonzie Colson sat out a combined 20 games, and the Irish mostly performed like an NCAA tournament-caliber team with them in the lineup. Notre Dame went 14-5 with both players available, 6-9 without Colson and 1-4 when neither played. The Irish won the Maui Invitational at full strength in November and defeated Virginia Tech in the ACC tournament earlier this week.

Why they didn’t: Notre Dame’s season-long resume wasn’t good enough. Their two quadrant 1 wins were among the fewest of any bubble team. They also had three sub-100 losses, the worst two of which came in the preseason when Colson and Farrell were healthy. When Colson returned to the lineup two weeks ago, Notre Dame didn’t show it was a dramatically different team. The Irish went 3-2 with losses to Duke and Virginia, an unfathomably close win over last-place Pittsburgh and a come-from-behind victory over Virginia Tech.

Why they could have made it: There’s a reason more teams don’t win 28 games. It’s hard to do, no matter the schedule you face. Saint Mary’s resume wasn’t loaded with quality wins, but they had a marquee win at Gonzaga, a gaudy overall record and favorable predictive metrics. They also swept the regular season series against BYU and thumped New Mexico State back in November.

Why they didn’t: Randy Bennett only has himself to blame. The Gaels coach knew he had a formidable team coming back yet he once again failed to assemble a strong enough non-conference schedule to provide sufficient margin for error. Saint Mary’s put itself in jeopardy by losing to Georgia and Washington State at the Wooden Legacy tournament and by dumping a game to San Francisco in league play. The nail in the coffin was a WCC semifinal loss to BYU.

(Photo by Ethan Miller/Getty Images)
Up Next

Jeff Eisenberg is a college basketball writer for Yahoo Sports. Have a tip? Email him at mailto:daggerblog@yahoo.com  or follow him on Twitter!