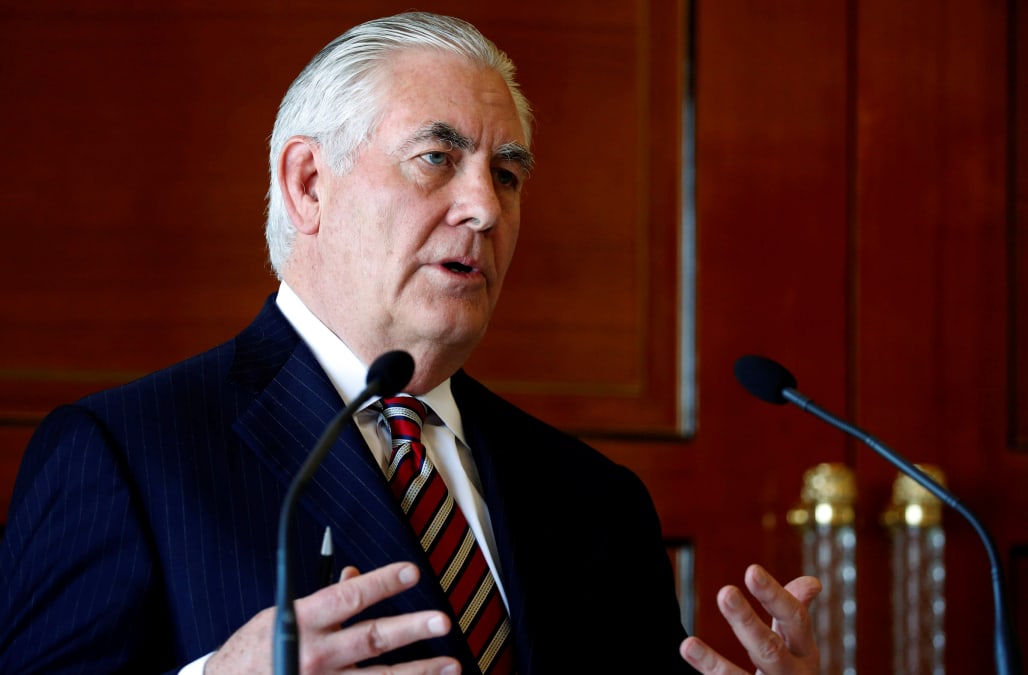 NAIROBI, March 10 (Reuters) - U.S. Secretary of State Rex Tillerson canceled scheduled events on Saturday on the second day of a visit to Kenya because he had been feeling unwell, a State Department spokesman said, adding that he would resume his program on Sunday.

"The secretary is not feeling well after a long couple days working on major issues back home such as North Korea and has canceled his events for the day," spokesman Steve Goldstein told reporters traveling with Tillerson.

"Some events will go ahead without him, while they are looking at the possibility of rescheduling others," said Goldstein, under-secretary of state for public diplomacy and public affairs at the State Department.

Goldstein later said the secretary's health had improved. "The Secretary is feeling better and will resume his normal schedule tomorrow," he said.

Tillerson, 65, is four days into his first diplomatic trip to Africa, where he has visited Ethiopia, Djibouti and Kenya, and is scheduled to go on to Nigeria and Chad.

During the trip he has also been involved behind the scenes in discussions within the administration on a possible meeting between U.S. President Donald Trump and North Korean leader Kim Jong Un.

Tillerson had been scheduled to lay a wreath at the site of the 1998 bombing of the U.S. embassy in Nairobi, in which more than 200 people were killed, and attend an event to highlight U.S. health assistance in Africa.