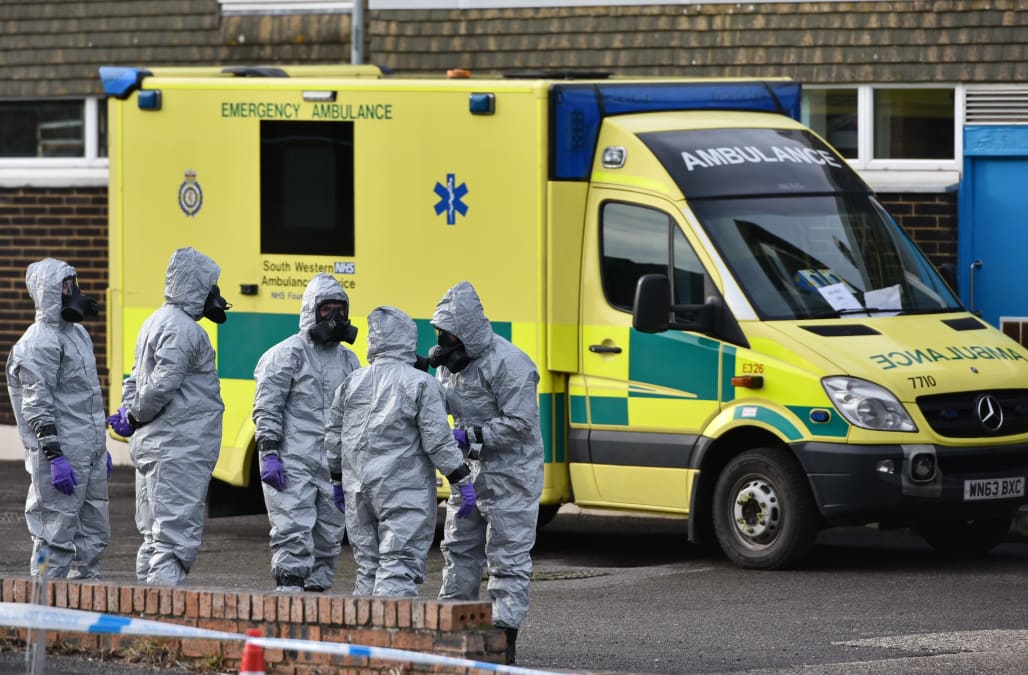 Nearly 200 troops from the British Army, the Royal Air Force, and the Royal Marines were deployed on Friday to remove contaminated items from the shopping mall in Salisbury, England, where ex-Russian spy Sergei Skripal and his daughter Yulina were poisoned by a nerve agent.

Skripal, 66, and his daughter, 33, remain in critical condition at Salisbury hospital after they were found unconscious on a bench on Sunday, March 4.

The Counter-Terrorism Policing Network asked for the military's assistance to "remove a number of vehicles and objects from the scene in Salisbury town centre," London's Metropolitan Police said in a news release. "The public should not be alarmed and the public health advice remains the same," it added.

Counterterror investigators, who are treating the attack as attempted murder, have identified the type of nerve agent that the pair were exposed to, but they are not making it public yet.

Nerve agents are highly toxic chemicals that can kill people in minutes and are extremely hard to make.

A British police officer who responded to the scene was also seriously injured, but was "talking and engaging" as of Thursday morning.

On Saturday, UK Home Secretary Amber Rudd will chair an emergency Cobra meeting, the second since Wednesday, as the investigation into the source of the nerve agent continues, the BBC reports.

NOW WATCH: What would happen if humans tried to land on Jupiter

SEE ALSO: What you need to know about nerve agent, the deadly chemical used in ex-spy Sergei Skripal's attempted murder in Britain