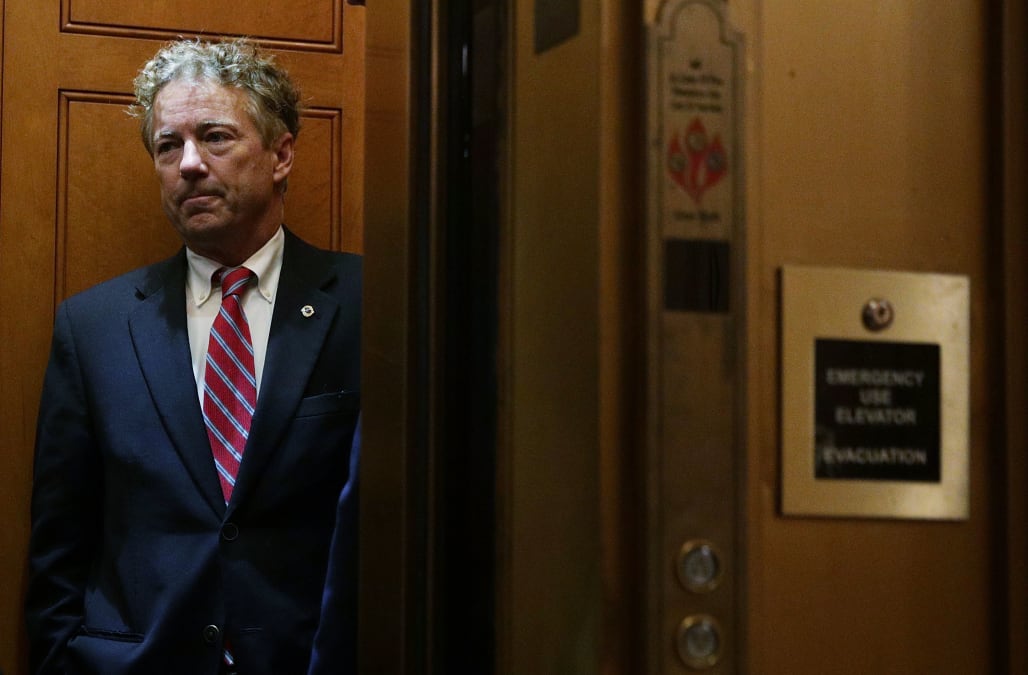 March 9 (Reuters) - A Kentucky man who attacked U.S. Senator Rand Paul outside his home in November, breaking several of his ribs, pleaded guilty on Friday to assaulting a member of Congress resulting in personal injury, according to court officials.

Rene Boucher, 59, was released on $25,000 unsecured bond and is due to be sentenced on June 15, said Kelly Lovell, a case manager for Kentucky's western district federal court.

Boucher, a next-door neighbor of the Republican senator, agreed to a plea deal in January over the incident, which is a felony under federal law. Federal prosecutors have said they will push for a prison sentence of 21 months, court documents showed.

There is no indication what the judge will decide, Lovell said.

Boucher's lawyer, Matthew Baker, and Kelsey Cooper, a representative for Paul, did not immediately respond to requests for comment.

Paul was wearing headphones and mowing the lawn at his home in a gated community in Bowling Green, Kentucky, when Boucher became angered over having seen the 55-year-old senator stack brush near Boucher's property, the U.S. Department of Justice previously said.

The agitated neighbor "had enough," and ran onto Paul's yard and tackled him, the statement said. Paul suffered multiple fractured ribs, it said, as well as complications that caused him to contract pneumonia.

Boucher, who like Paul is a physician, denied to investigators that he had targeted the senator because of his politics, according to the statement.

"Dr. Boucher is a very meticulous sort of fellow," Baker said in January. "He continues to be a very regretful and very remorseful. I know that he wishes that it had never happened." (Reporting by Gina Cherelus in New York Editing by Leslie Adler)