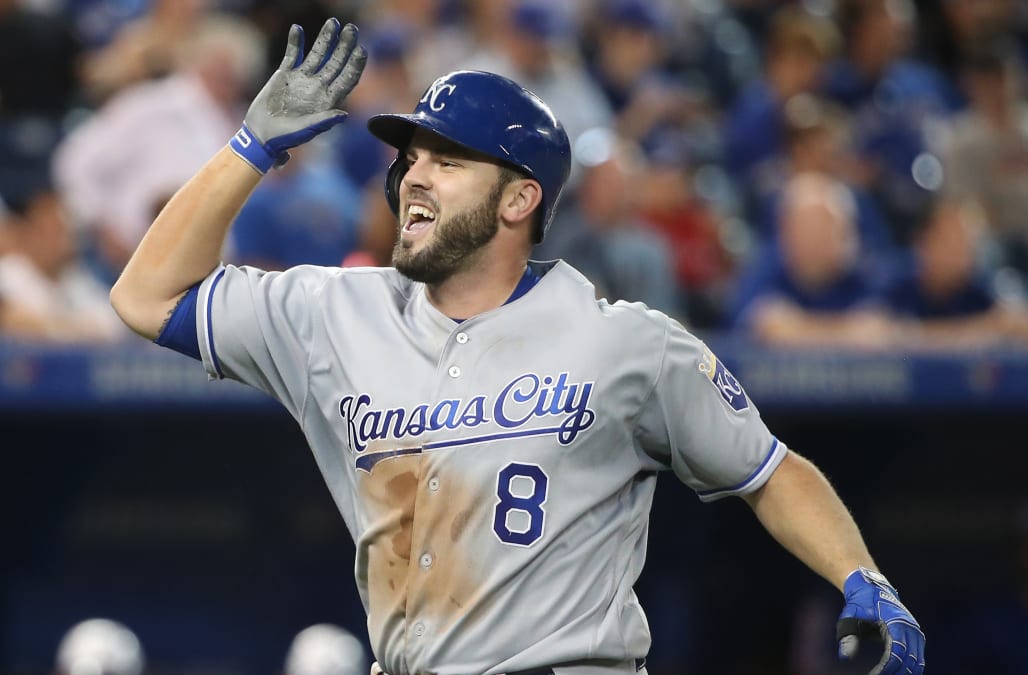 Mike Moustakas agreed to a one-year deal to return to the Kansas City Royals.

Entering free agency as one of the top left-handed sluggers available, Moustakas drew interest from a handful of teams -- reportedly the New York Yankees, St. Louis Cardinals, Chicago White Sox and Minnesota Twins -- but wound up returning to the only team he has played for with a $6.5 million guarantee for 2018.

Moustakas could have received $17.4 million this season by signing a qualifying offer from the Royals in November at the outset of free agency.

Because he received the qualifying offer, any team signing Moustakas would've been forced to part with a high draft pick.

The Royals were engaged in talks with first baseman Eric Hosmer, but could not match the $144 million deal he received in free agency from the San Diego Padres.