Brewers the favorite to sign Jake Arrieta, according to oddsmakers 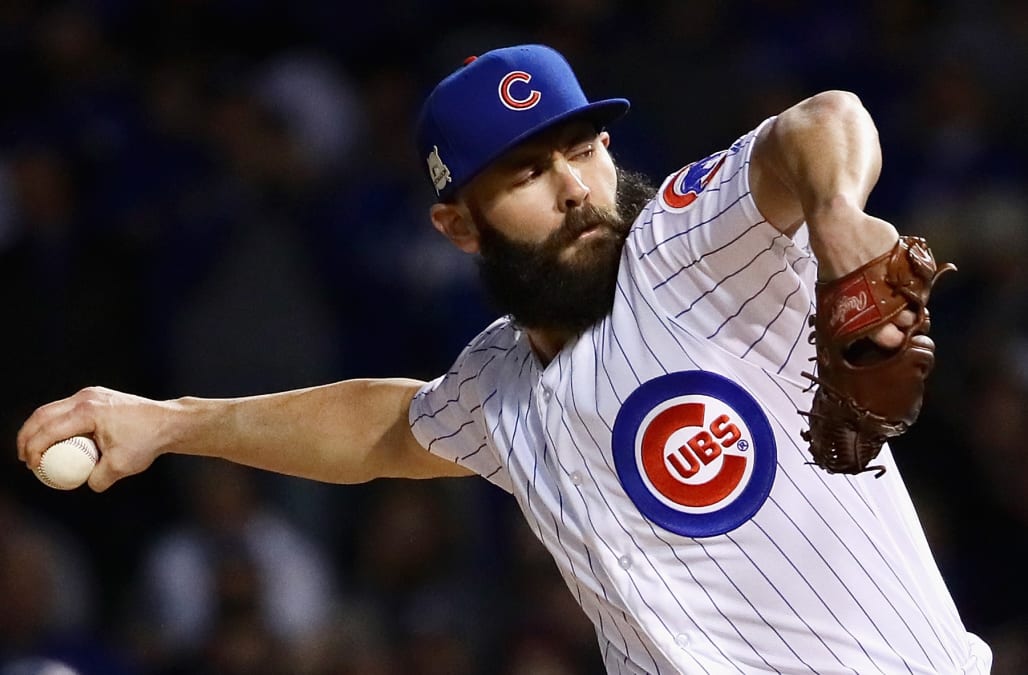 Watch out, Chicago Cubs. The battle to repeat as National League Central champs might get even more difficult soon. The Milwaukee Brewers are considered the favorite to sign Jake Arrieta … at least, according to the oddsmakers.

Even if the Brewers aren’t able to get the job done, the Cubs might still be in trouble. Because the Washington Nationals have the second-best odds for the 32-year-old, according to Bovada.

If Bovada does wind up being right, the Brewers won’t be the only team getting stronger in the coming weeks. The Minnesota Twins are favored to make not one, but two big acquisitions.

Bovada believes Minnesota should be considered the favorite for both Lance Lynn and Alex Cobb. That doesn’t necessarily mean they think the team will sign both players, but more that the Twins are likely to add at least one more pitcher.

Other than those players, you can also bet on where Jose Bautista will go. Bovada seems to think it’s Tampa Bay Rays or bust. You can either take the Rays or the field there.

How seriously should we take the odds? Think of them more as a decent guideline on which teams should be involved for which players. The Brewers and Twins were good last season, and could use more pitching. That’s why they are listed for all three guys.

For what it’s worth, Bovada wasn’t too far off on Mike Moustakas. The veteran third baseman re-signed with the Kansas City Royals, according to Jeff Passan. Bovada had the Royals with the second-best odds. They thought the Chicago White Sox were the favorite.

With time running out in the offseason, all the remaining free agents could find new teams soon. If Bovada is right, plenty of playoff contenders from last season have room to make one final push to the postseason in 2018.

More from Yahoo Sports:
• NFLPA calls for combine ‘ban’ after prospect’s claim of inappropriate questions
• Infuriated UNC coach tries to rip jacket in half. Fails.
• Chloe, meet Chloe: Olympic star gets her own Barbie
• After being shot in the head, WR eyes NFL return