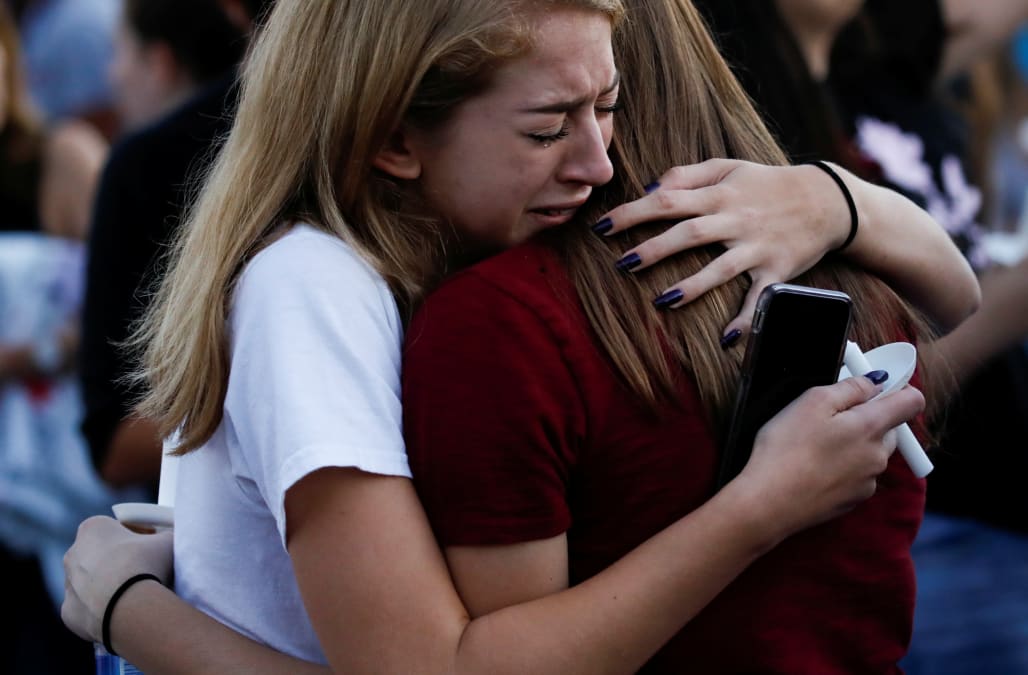 The Broward County Sheriff’s Office released 10 of 81 phone calls on Thursday related to the Parkland, Florida, school shooting, revealing parents’ desperation as they sought information about the safety of their children.

“Tell her to be quiet,” the operator said. “Be quiet. Keep the phone line open ... everyone needs to be quiet in that room. If they can put their phones on silent that would be good, just in case someone tries to call them.”

In a phone call from inside the school, a male voice whispered to an operator that a shooting was taking place. Then the line went quiet for a moment.

The person on the other end was breathing heavily and crying.

“Stoneman Douglas High School is being shot up,” he whispered again. Seconds later, the line disconnected.

In another recording, an officer said he heard what sounded like “firecrackers.”

Moments later, he asked for backup.

“Make sure we get some units over here, I need to shut down Stoneman Douglas,” he said.

Authorities’ decision to release the calls, police audio and police records for the suspected shooter comes as student activists at the high school and across the country fight for stronger gun control measures.

“It’s unbelievable that a 19-year-old was able to purchase this type of gun,” 42-year-old Patricia Jacomini told HuffPost a day after the shooting at a vigil in Florida, referring to the assault-style rifle the shooter reportedly used. “My daughter, she was all night trying to contact [her friend] since yesterday afternoon. And now she found out he was dead.”

Another parent, Donna Ali, said she and her children had been unable to sleep after the shooting.

The calls show the frantic situation as it played out in real time. One man said his fiancee’s sister, a student at the school, had been texting him. A 911 dispatcher asked the man for the room number the student was hiding in.

“Please help me,” the student replied when the man asked. Frustrated and struggling to find answers, he cursed aloud: “Give me a fucking room number, please.”

In another call, a distraught mother discovered that her daughter was hiding in a room the shooter had fired into.

“My daughter just texted me from school ... says there’s an active shooter,” the mother said in a call to police. Her daughter, huddled in a classroom, said the gunman had shot out the glass in the door.

More from HuffPost US:
Idaho transgender community celebrates victory in birth certificate ruling
109-year-old woman celebrates her birthday with the Harlem Globetrotters
Kansas Man pleads guilty to murder of Indian man after yelling 'get out of my country'