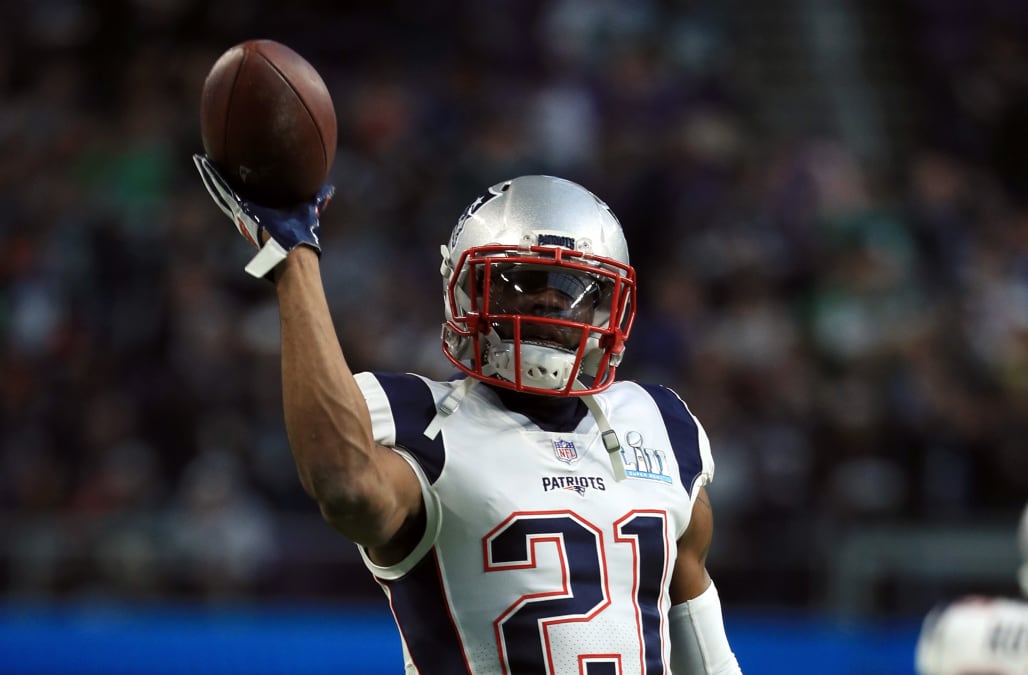 Top pass rushers Ezekiel Ansah and Demarcus Lawrence were taken off the market. Safety Lamarcus Joyner, a player who can match up with the versatile weapons in the modern NFL, was tagged. Cornerback Kyle Fuller was given the transition tag, restricting his movement too. Those are four impact players who are likely staying put.

That’s not to say there’s no defensive help in free agency, but there aren’t a ton of big stars hitting the market on side of the ball. Here are the top 25 defensive players who will be available, and competition will be fierce for most of them:

25. OLB Trent Murphy
Murphy doesn’t come without risk. In 2017 he was suspended four games for a violation of the league’s PED policy and then tore his ACL in training camp. But in 2016 he had nine sacks, and some team might buy into a low-cost gamble.

24. S Tre Boston
The Panthers never seemed to buy in to Boston as a full-time player but the Chargers did last season, and Boston turned in a pretty good season. He had five interceptions last season. Not yet 26 years old, he should be someone’s starting free safety in 2018.

23. CB Rashaan Melvin
Melvin bounced around the NFL before finding a home with the Colts. He played surprisingly well in 2016 and after injuries in the Colts secondary last season, he was the team’s top cornerback.

22. DE Dion Jordan
Jordan might be the most intriguing name on the list. The third pick of the 2013 draft looked finished after terrible play and two seasons out of football thanks to suspension and injury. Then he had four sacks in five games for Seattle last season. He’ll be just 28 years old on opening day and is an interesting gamble. The caveat is that he’s a restricted free agent and after the Michael Bennett trade, it seems the Seahawks will do what it takes to retain him.

21. CB Morris Claiborne
He’ll never play up to his draft pedigree. He was once the sixth overall pick of the draft. But the oft-injured corner was relatively healthy with the Jets last season, and is a solid starter at a valuable position.

20. DE/OLB Julius Peppers
Last season’s return to Carolina looked like a victory lap before retirement. Then Peppers had 11 sacks at 37 years old. It’s not certain he’ll play again, or would consider signing with anyone but the Panthers, but let’s simply marvel at a 38-year-old pass rusher still being a viable free-agent commodity.

19. ILB Demario Davis
If you need an inside linebacker, there are plenty of options in this class. David played every single snap for the Jets last season and was good. He collected 135 tackles. He probably won’t get a huge deal but is a solid option.

18. S Tyvon Branch
Branch had a revival season with the Cardinals before a knee injury ended it. Even though he’ll turn 32 in December, he proved he can still play at a high level and would be a nice short-term addition.

17. DE Alex Okafor
Okafor was quietly a big reason the Saints defense had a huge improvement in 2017. A torn Achilles ended a nice season, which complicates his free agency, but he should get interest.

16. DE Adrian Clayborn
His six-sack game against Dallas was an aberration. He had 3.5 sacks in his other 15 games. He’s still a good contributor against the run and pass, even if he will never have another six-sack game.

15. DT DaQuan Jones
Before a torn biceps ended his 2017 season, Jones was having a nice season for the Titans. He’s a 322-pound disruptor on the interior and a three-year starter who is just 26 years old. Big-bodied defenders like him usually get paid pretty well.

14. LB Zach Brown
Brown does his job well as a tackle machine in the middle of a defense. He had 149 tackles with the Bills two years ago and 127 in 13 games with the Redskins last season. He also has a little pass-rush ability, with 16.5 career sacks.

13. CB Patrick Robinson
Robinson signed a modest one-year, $1 million deal with the Eagles, then had a fantastic season as a slot cornerback for the Super Bowl champs. Slot corners are practically starters in today’s game, and Robinson’s next contract will reflect that.

12. S Kenny Vaccaro
Vaccaro had an up-and-down career with the Saints, but was playing well last season when wrist and groin injuries ended his season. He can do a little of everything, which teams look for at safety.

11. LB NaVorro Bowman
You’re not getting the All-Pro Bowman. But what you’re getting is still pretty good. The Raiders signed him in midseason and Bowman played well. He almost never came of the field for Oakland and is still a good starter as he enters his 30s, despite his injury history.

10. S Morgan Burnett
Burnett is another safety who can perform a number of roles in a defense. He has been productive for eight seasons with the Packers and still has some good years left.

9. LB Avery Williamson
Williamson is a true three-down linebacker who can cover or rush the quarterback. And he will be just 26 next season. His versatility and age makes him a good investment.

8. S Eric Reid
Reid was one of the most vocal players in the anthem protests, and we have to wonder if that will affect his market. We’ve already seen Michael Bennett and Marcus Peters traded at relatively cheap prices this offseason, and they sat or kneeled during the anthem too. Reid is tremendously talented, able to play near the line or cover deep.

7. LB Nigel Bradham
In 11 of the 15 regular-season games he played, Bradham played every defensive snap for the Eagles. Three-down linebackers are valuable, and Bradham is still productive.

6. DT Star Lotulelei
Lotulelei got overshadowed by teammate Kawann Short, but he’s a big body for the interior of a defense. He’s not coming off a great season but still has value.

5. DE Muhammad Wilkerson
A couple years ago, Wilkerson would have easily topped this list. But he was a major disappointment after signing a five-year, $86 million extension with the Jets in 2016. He has great talent, and some team will hope he gets back on track after displaying a lack of professionalism with the Jets after his big contract. Because he was cut he doesn’t need to wait until the start of free agency to sign, and there has been a lot of interest from the Packers already.

2. DT Sheldon Richardson
Richardson didn’t have a huge impact in Seattle, but at his best he’s a disruptor in the middle. He also comes with plenty of off-field baggage, which is a reason the Jets traded him.

1. CB Trumaine Johnson
After two franchise tags from the Rams, Johnson is finally on the open market. He’s not quite as hot as he would have been two offseasons ago, but he’s still the best corner on the market and will get a big contract.