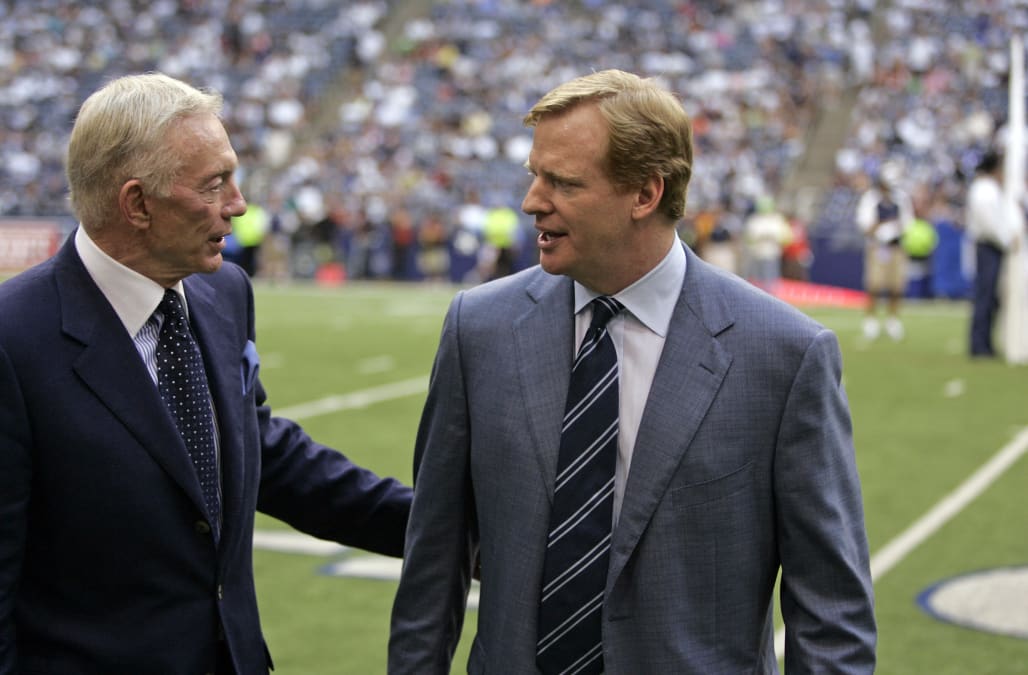 Chalk up another victory for Roger Goodell.

The NFL Commissioner won his most recent battle with Cowboys owner Jerry Jones, who was determined on Wednesday to reimburse the NFL more than $2 million in legal fees stemming from his role in the Ezekiel Elliott legal battle and Goodell's contract negotiations, per ESPN's Adam Schefter.

"After a hearing with the Commissioner and the Finance Committee, the matter of the reimbursement of legal fees has been resolved to the satisfaction of all parties," the NFL said in a statement.

Jones appeared before Goodell at a hearing on Monday in Palm Beach, Fla., to dispute the reimbursements.

Goodell cited Resolution FC-6 of the NFL constitution that states the commissioner can seek reimbursement if a team "initiates, joins, has a direct, football-related financial interest in, or offers substance assistance to any lawsuit or other legal, regulatory or administrative proceeding against the league."

Elliott was suspended six games for an alleged domestic violence incident, but Jones vocally defended his running back throughout the appeals process before the NFL ultimately won. Jones and the Cowboys stated that they were merely "observers" throughout despite Jones' outspokenness.

Jones also hired an attorney and threatened to sue the owners of the league's compensation committee over Goodell's contract extension.

He never followed through with the suit but it resulted in the exchange of several letters between Jones' attorney and those representing the owners of the compensation committee.