Dwyane Wade gives Stoneman Douglas students something to smile about 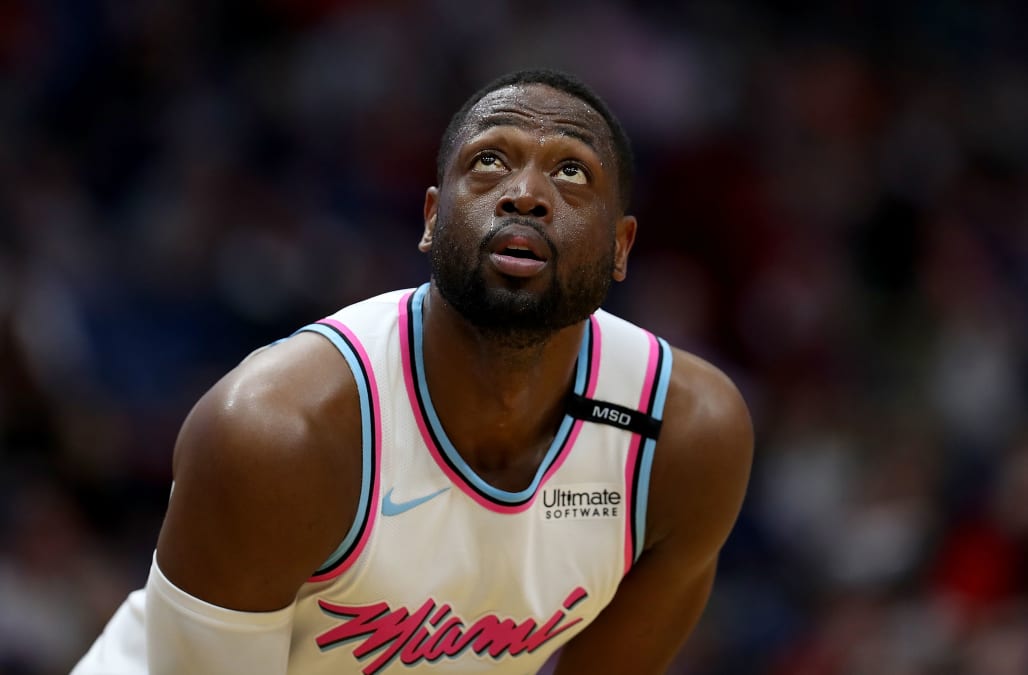 “I’m so excited to be back in this city and this state,” he told students in the cafeteria at lunchtime. “I just wanted to come here today and hopefully for a moment, for a second, bring a little bit of this.” Wade motioned to a joyous crowd, and one student yelled, “Wade County!"

“What you guys have been going through and how resilient you guys have been has been amazing from afar,” added Wade, “and I just wanted to come and say I’m inspired by all of you. As someone out here in the public eye, I’m proud to say I’m from this state because of you guys. … Thank you.” Wade posed for pictures with students and faculty:

Wade also took the time to converse with students about their plans for change in the wake of last month’s shooting, and afterwards he pledged on Twitter to support their efforts in the future:

I just had a great conversation with some of the students at Stoneman Douglas High School about some important/impactful things that they have planned. I’m looking forward to being more involved in the change that they WILL create. #MSDStrong 💪🏾💪🏾💪🏾

Our conversation about bridging the gap between the students from Parkland, Florida and Chicago was really impressive. These young adults GET IT. They understand the power of their voices for the ones that often go unheard!

One of the gunman’s victims at the school, Joaquin Oliver, was recently laid to rest in a Wade jersey. The Heat star honored Oliver with a custom pair of sneakers bearing his name during a recent game. He also invited Oliver’s family to Saturday’s game against the Detroit Pistons and met with them. “I’m thankful they came to the game, thankful I got a chance just to talk to them and tell them my appreciation, to let them know we will continue to use our voice, to continue to shine the light on what they’re talking about and what they’re going through and what they’re dealing with,” said Wade. “Because it’s not just happening to them, it’s happening to all of us and it could be any one of us.” Wade lived up to his word on Wednesday.