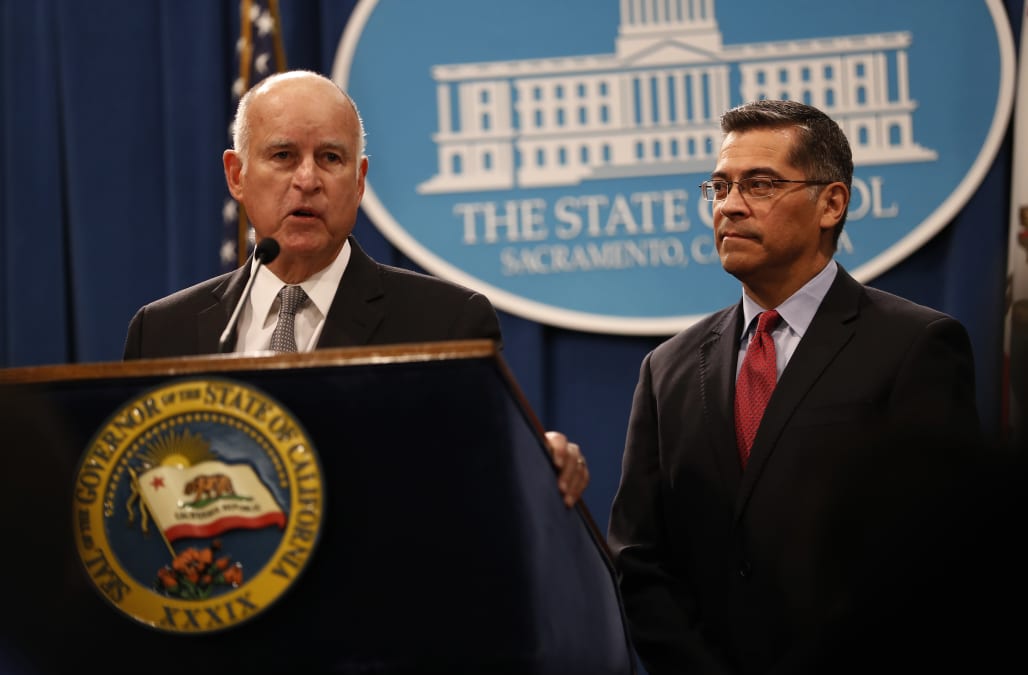 The Democratic governor made the charge shortly after Attorney General Jeff Sessions intensified the Republican administration's confrontation with California. In a speech in the state capital, Sessions accused California of obstructing federal immigration enforcement efforts and vowed to stop the state's defiance.

Sessions addressed a law enforcement group in Sacramento, a day after the Justice Department filed suit against California, Brown and the state's Democratic attorney general over so-called sanctuary policies that shield illegal immigrants.

"California absolutely, it appears to me, is using every power it has - powers it doesn't have - to frustrate federal law enforcement. So you can be sure I'm going to use every power I have to stop them," Sessions, the top U.S law enforcement officer, said in his speech.

Brown called the attorney general's trip to California a political stunt and his description of California's laws a lie.

"Like so many in the Trump administration, this attorney general has no regard for the truth," Brown told reporters, adding that the laws were crafted with input and support from California police chiefs. "This is basically going to war against the state of California."

Brown in October signed into law a bill that prevents police from inquiring about immigration status and curtails law enforcement cooperation with immigration officers.

Sessions said U.S. Immigration and Customs Enforcement (ICE) agents carry out federal law and that "California cannot forbid them or obstruct them in doing their jobs."

The lawsuit, filed late on Tuesday in federal court in Sacramento, takes aim at three state laws passed last year that the Justice Department contends violates the U.S. Constitution and the supremacy of federal law over state law.

Trump has made fighting illegal immigration a signature issue, first as a candidate and now as president. Part of that effort involves a Justice Department crackdown on primarily Democratic-governed cities and states that Sessions calls "sanctuaries" that protect illegal immigrants from deportation.

'LAW OF THE LAND'

"Immigration law is the province of the federal government," Sessions said. "There is no nullification. There is no secession. Federal law is the supreme law of the land."

"I would invite any doubters to go to Gettysburg," he added. "This matter has been settled."

The Union army's victory at Gettysburg in 1863 is often described as the turning point of the Civil War, in which the South declared for states' rights and tried to secede from the United States.

Brown later echoed the Civil War theme when he said the lawsuit was unprecedented, particularly because it was delivered by "a fella coming from Alabama talking to us about secession." Sessions' home state was part of the South during the Civil War.

Last month, Schaaf issued a statement alerting local residents that ICE agents were preparing to conduct an operation in the area, saying it was her moral obligation. A few days later, ICE announced the arrest of more than 150 people for immigration violations in the San Francisco-Oakland area, saying about half had additional criminal convictions.

The White House has called Schaaf's actions "outrageous" and said the Justice Department was reviewing the matter.

"Here's my message for Mayor Schaaf: How dare you. How dare you needlessly endanger the lives of law enforcement officers to promote your radical open-borders agenda," Sessions said on Wednesday.