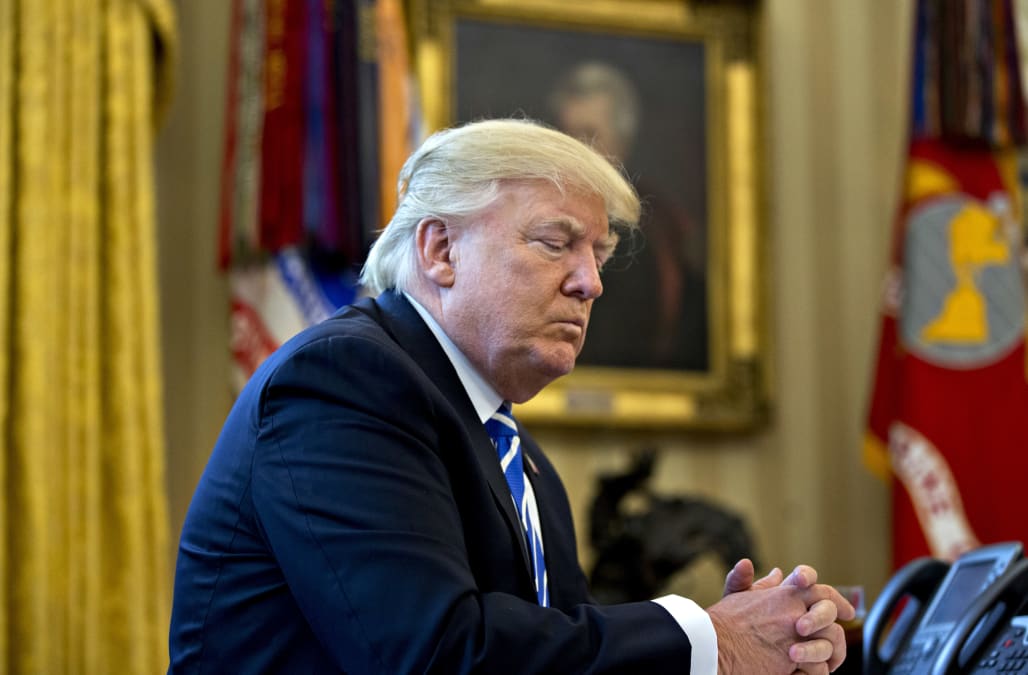 "Possible progress being made in talks with North Korea," Trump tweeted. "For the first time in many years, a serious effort is being made by all parties concerned. The World is watching and waiting! May be false hope, but the U.S. is ready to go hard in either direction!"

Possible progress being made in talks with North Korea. For the first time in many years, a serious effort is being made by all parties concerned. The World is watching and waiting! May be false hope, but the U.S. is ready to go hard in either direction!

Trump has presided over a massive diplomatic, economic, and military pressure campaign that intended to bring North Korea to the table by shutting down its international trade and support while making heavy military overtures. The US has always insisted that before engaging diplomatically with North Korea, a country it's still technically at war with, North Korea must express a willingness to discuss denuclearization.

On Tuesday, Kim seemed to cave in to that demand.

At times, Trump and North Korea's leader Kim Jong Un exchanged nuclear threats in the most tense time on the Korean Peninsula in decades, but the talks on Tuesday produced a change in tone from Pyongyang.

Not only did Kim seem to reverse course on his nuclear arsenal, he did so without asking for much in return. North Korea only asked for a guarantee of its safety and that the US remove its forces from Korea in exchange for denuclearization.

But North Korea has made overtures towards peace before, and it's entirely possible this is simply a gambit to buy more time to perfect its nuclear arsenal.

NOW WATCH: This gym is made from 2 tonnes of seized knives — and it's being used to stop kids from joining gangs