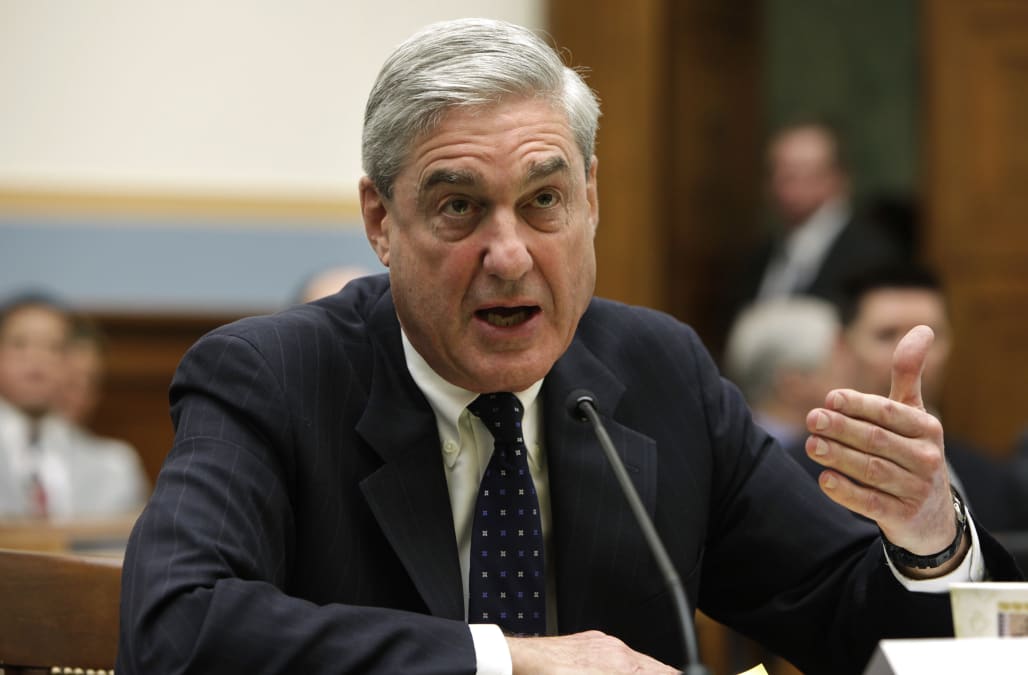 WASHINGTON — The grand jury investigating alleged collusion between Russia and Donald Trump's presidential campaign has sent a witness a subpoena seeking all documents involving the president and a host of his closest advisers, according to a copy of the subpoena reviewed by NBC News.

According to the subpoena, which was sent to a witness by special counsel Robert Mueller, investigators want emails, text messages, work papers, telephone logs and other documents going back to Nov. 1, 2015, 4½ months after Trump launched his campaign.

The witness shared details of the subpoena on condition of anonymity. The news site Axios reported Sunday that a subpoena was sent to a witness last month.

NBC News reported last week that Mueller's team is asking pointed questions about whether Trump knew about hacked emails from Hillary Clinton's campaign before the public found out. The subpoena indicates that Mueller may be focused not just on what Trump campaign aides knew and when they knew it, but also on what Trump himself knew.

In addition to the president, the subpoena seeks documents that have anything to do with these current and former Trump associates:

Once Hicks' resignation takes effect in the next few weeks, Cohen will be the only person listed in the subpoena who hasn't left the employment of Trump or of the White House.

CORRECTION (March 5, 2018, 12:28 a.m. ET): The headline on an earlier version of this story misstated the recipient of Mueller's subpoena. The subpoena seeking all documents involving President Donald Trump and a host of his closest advisers was given to a witness, not to the president himself. The story itself was correct.