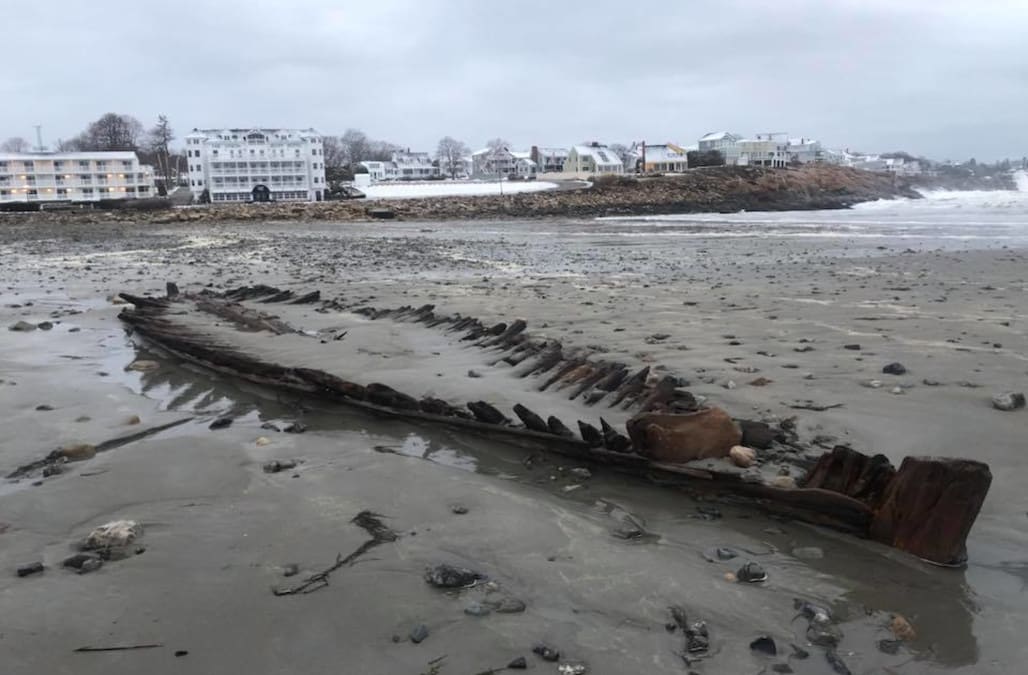 WPIX — A sunken treasure is being rediscovered after this weekend’s nor’easter.

The York Maine Police Department posted photos on Facebook of an old ship that is buried at the Short Sands Beach. Some historians believe the ship is more than 160 years old. Since being rediscovered in the 1950s, the wooden skeleton has only been visible after major storms.

Bangor Daily News reports that after one storm in 1980, a marine archeologist said the boat likely dates back to the Revolutionary War-era. The sloop appears rather infrequently, including after storms in 2013 and 2007.

Maine estimates that there are over 1,500 shipwrecks off the state’s coast. But if you want to see this one, you better hurry. It may not appear for another decade.

More from Aol.com:
Nurse adopts severely abused twin girls after meeting them at hospital
'Shoot a school kid only $29' billboard appears in Las Vegas
Missing CDC doctor was passed up for promotion before his disappearance