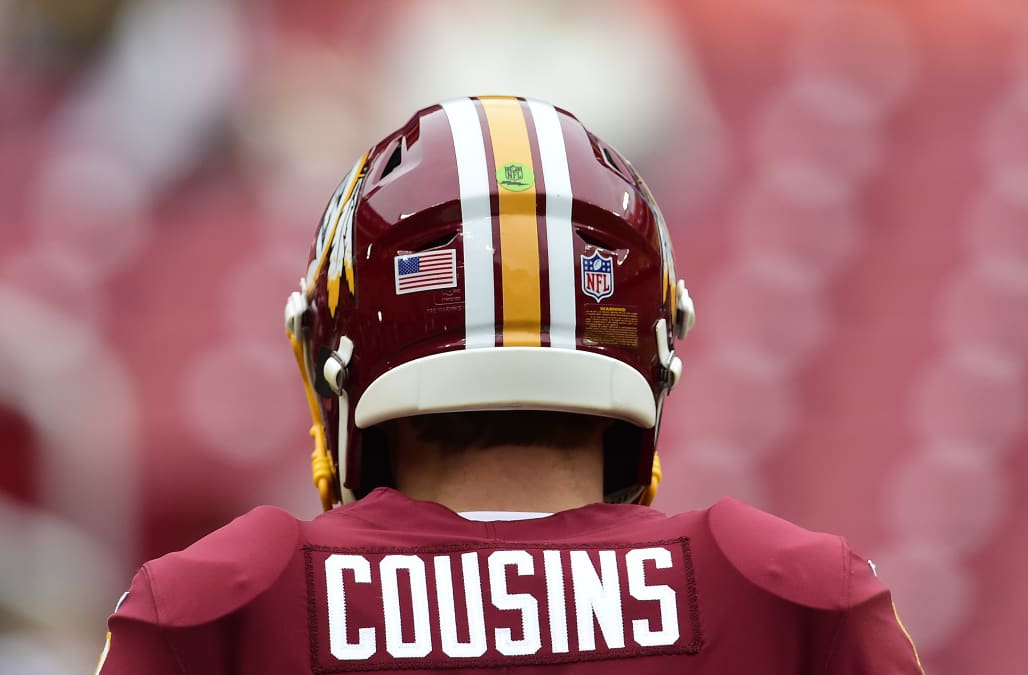 In the history of free agency, no other quarterback has hit the open market with Cousins’ combination of age, health, skill and track record. Drew Brees, Peyton Manning and Daunte Culpepper were coming off major injuries. Brett Favre was old. Scott Mitchell and Brock Osweiler didn’t have a track record. The shine was off Kurt Warner when he signed with the Arizona Cardinals, after his lone season with the New York Giants.

That doesn’t mean Cousins will be anywhere near as impactful as Brees, Manning or Warner were after they signed. But Cousins is practically a unicorn: A fairly safe bet to turn around your quarterback woes in free agency. And he’s still in his prime.

Cousins is by far the biggest name among free-agent quarterbacks (that’s assuming all the reports are correct and Brees will re-sign with the New Orleans Saints before free agency. Brees isn’t even listed because of the strong probability of that, but he’d be a close second on this list if somehow he reaches free agency with Cousins’ age still keeping him No. 1), but the good news for teams missing out on Cousins is there are other options on the market. It’s one of the most interesting quarterback crops in recent history, and here are the top 10:

The Dolphins paid Cutler $10 million to get him out of retirement last summer. He didn’t play well, but he could be an emergency option again if he wants to play another year.

Moore wasn’t great when he got a chance to start for an injured Jay Cutler last season, but he has played well in the past and can be a reliable backup.

Nobody would sign Fitzpatrick as their starter. But he showed last season with the Buccaneers he can still be a viable backup, even though he’ll turn 36 next season.

A year ago, Glennon got a three-year, $45 million deal from the Bears. The shine is definitely off after he failed with Chicago, but now he’ll come much cheaper and at just 28 years old he can either be a low-end starter for a team with a rookie quarterback or a high-end backup.

McCown won’t turn a rebuilding franchise around, but he can help now. He had a very good season for a bad Jets team last year, and even though he’ll be 39 years old this season he can be a one-year option for a team in need.

Less than two years ago, it was worth the Vikings to trade a first-round pick to take on Bradford’s two-year, $36 million deal. His knee issues are well documented, but someone will talk themselves into Bradford. He only played one game last season but it was a remarkable one, with 382 yards and three touchdowns against the Saints.

Do you really want to gamble? Bridgewater, a former first-round pick, was trending up when he suffered a catastrophic knee injury before the 2016 season. Is he still the same player? He has thrown two passes, preseason included, since the injury. If he’s healthy and back to where he was pre-injury, he’d be a nice investment. But it’s hard to know if he has rebounded to that level after such a devastating injury.

McCarron’s reputation has grown as he has backed up Andy Dalton, which is a bit odd. Although McCarron was a fifth-round pick in 2014 and has thrown only 133 regular-season passes since then, he might get a pretty hefty deal. He did play fairly well in 2015 when Dalton was hurt. And he’s just 27.

Keenum was unsigned for a few weeks of free agency last year, and ended up with a one-year, $2 million deal in Minnesota. That won’t happen again. Keenum had a fine season with the Vikings and is going to cash in. Keenum might be a one-year wonder or just a late bloomer. Someone will take a gamble on it being the latter, presumably after Cousins makes his decision.

Over the last three seasons, Cousins has 13,176 yards and 81 touchdowns with a 97.5 passer rating. Cousins will turn 30 in August, so he should have five good years left at least. Cousins isn’t without flaws, but there’s a good reason he’s going to get a massive contract. A potential bidding war among the Denver Broncos, Minnesota Vikings, New York Jets and Arizona Cardinals probably ensures Cousins will end up with the biggest contract in NFL history.

More from Yahoo Sports:
Ranking the contenders to earn No. 1 seeds in the NCAA tournament
Orlando Brown has bad workout at NFL scouting combine – as in, historically bad
Gordon Hayward is already draining jump shots months after devastating ankle injury