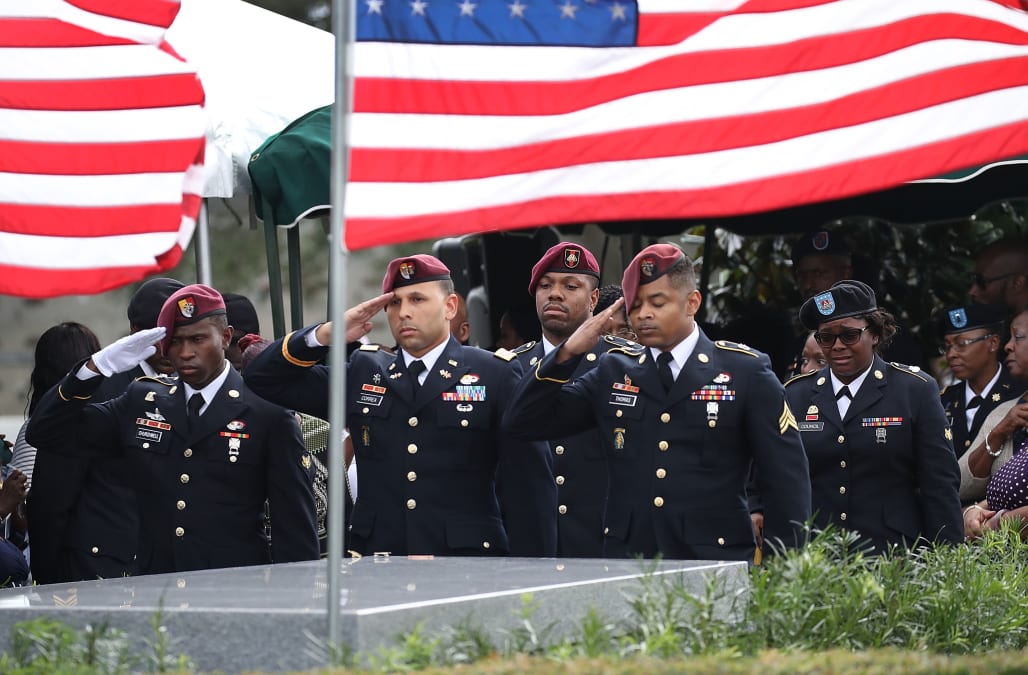 A propaganda video released by the Islamic State terrorist group shows part of what happened in the attack that killed four American soldiers in Niger last year.

The clip appeared to come from the helmet of one of the soldiers killed last October, when 11 special forces members and around 30 Nigerian soldiers were ambushed in the west African country.

Though many Americans may not have been aware that the U.S. had a military presence in Niger, Army staff sergeants Bryan Black, Jeremiah Johnson, La David Johnson and Dustin Wright were killed in the fight along with militants and five Nigerien soldiers.

The U.S. military has yet to release its account of what happened, though is likely to do so this week, CBS News reported.

Loved ones of Wright and La David Johnson, whose became involved in a public argument over an alleged callous phone call from President Trump, have asked questions about what mistakes may have led to the deaths.

Johnson’s body was reportedly discovered two days after the attack a mile away from the scene.

The ISIS video shows soldiers pledging allegiance to the group’s leader before showing the apparent helmet footage, where the Americans are vastly outgunned.

One U.S. soldier is seen being shot and dragged behind a military vehicle, though what the camera sees of attempts to find cover end when the soldier wearing it is shot to the ground.

Joint Chiefs of Staff Gen. Joseph Dunford said in October that the facts of what happened when the troops were on their way back to their base from a reconnaissance mission.

Dunford said that the American troops did not request additional support for about an hour after the fighting began, and that French forces arrived by air an hour after that.

The ISIS video was recently released on the group’s outlet on the messenger service Telegram, though it was not immediately clear why it was released now.

RELATED: A look at the battle against the Islamic State

Posts about it floated around extremist social accounts earlier this year, prompting a response for U.S. Africa Command.

“USAFRICOM is aware of a post on Twitter purporting to show a U.S. soldier from the Oct. 4 ambush in Tongo Tongo, Niger,” it said in a statement at the time.

“We are reviewing the post and determining the veracity of the tweet and the assertions that there is an associated video.”