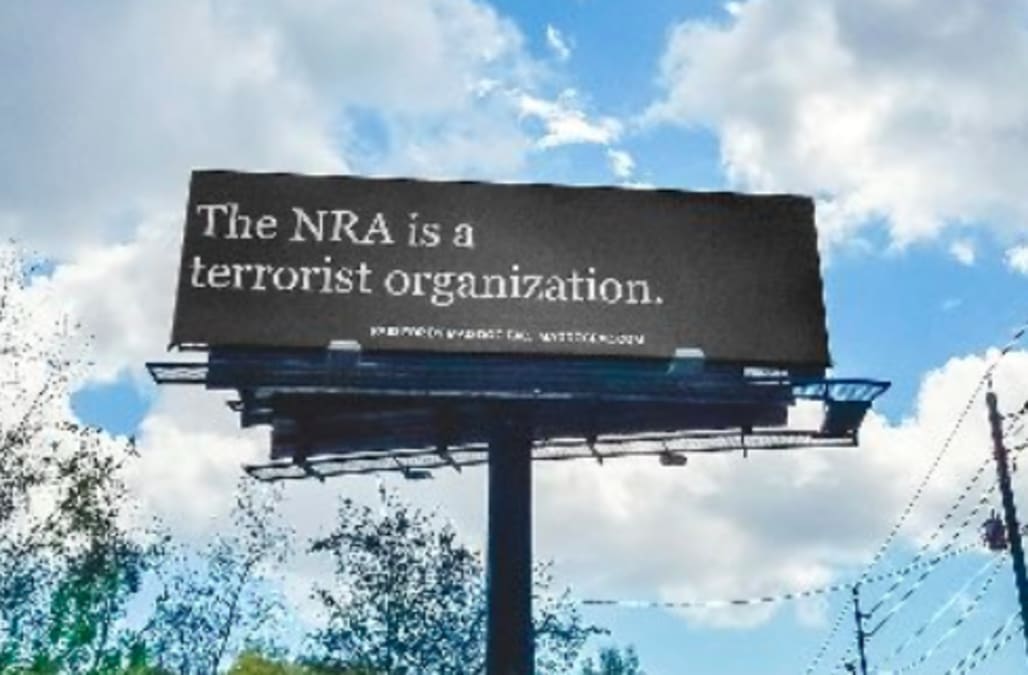 The message was funded by the Mad Dog PAC, which sponsors billboards across the nation calling for President Donald Trump’s impeachment and attacking the nation’s largest gun lobby and select Republican politicians. The PAC is headed by Claude Taylor, a former staff member in Bill Clinton’s White House.

“With the GOP majority in the House and in the Senate, the NRA makes impossible any meaningful, common-sense gun reform. That includes background checks and assault weapon bans,” Taylor told the Pensacola News Journal.

Taylor said another anti-NRA billboard will go up soon in Pittsburgh, Pennsylvania.

First one up in Pensacola, Florida. Second one going up in Pittsburgh. Third one going up in another part of PA to be determined. Please chip in at https://t.co/TJFoYRw0A2 thanks all. pic.twitter.com/dRpO0RrDso

Political billboards have attracted new attention from activist groups in the wake of the film “Three Billboards in Ebbing, Missouri.” The movie features a mother, played by Frances McDormand, who pays for a trio of billboards that call out the local sheriff for his failure to find her daughter’s killer.

In February, three red billboard-sized messages appeared on the side of trucks in Miami, calling out Sen. Marco Rubio (R-Fla.) for his inaction on gun control in the wake of the tragic school shooting at Marjory Stoneman Douglas High School in Parkland that left 17 dead.

The signs, paid for by activist group Avaaz, read: “Slaughtered in school ... and still no gun control? How come, Marco Rubio?”

Activists troll Rubio with "three billboards outside Miami" to demand he act on gun control https://t.co/5haZmqobHlpic.twitter.com/S4ANuSAQJy

This month, a new digital billboard in Orlando paid for by the Florida Democratic Party is attacking Republican Gov. Rick Scott’s lack of action on gun control.

A second billboard with a similar message was scheduled to go up Sunday in Tallahassee. 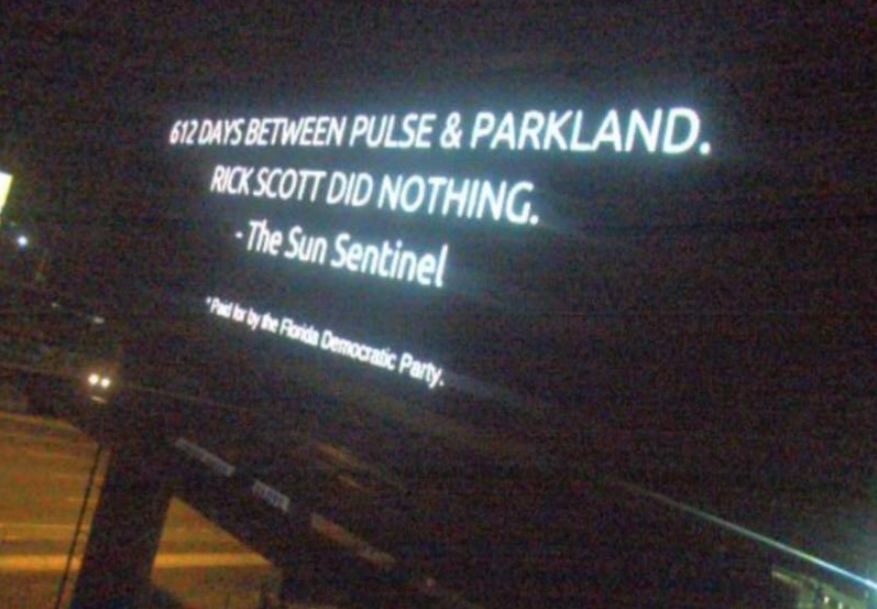 Last month, a blank billboard in Kentucky was vandalized to read: “Kill the NRA.” A Las Vegas billboard advertising a deal at a local shooting range was also altered to read: “Shoot a school kid only $29.” Activist group INDECLINE claimed responsibility for that change.

RELATED: These companies are cutting ties with the NRA:

More from HuffPost US:
Florida teacher linked to white supremacist podcast removed from the classroom
Parkland survivors meet with Chicago students to tackle gun violence 'beyond gated communities'
Roy Moore asks supporters for financial assistance to defend himself in a defamation lawsuit