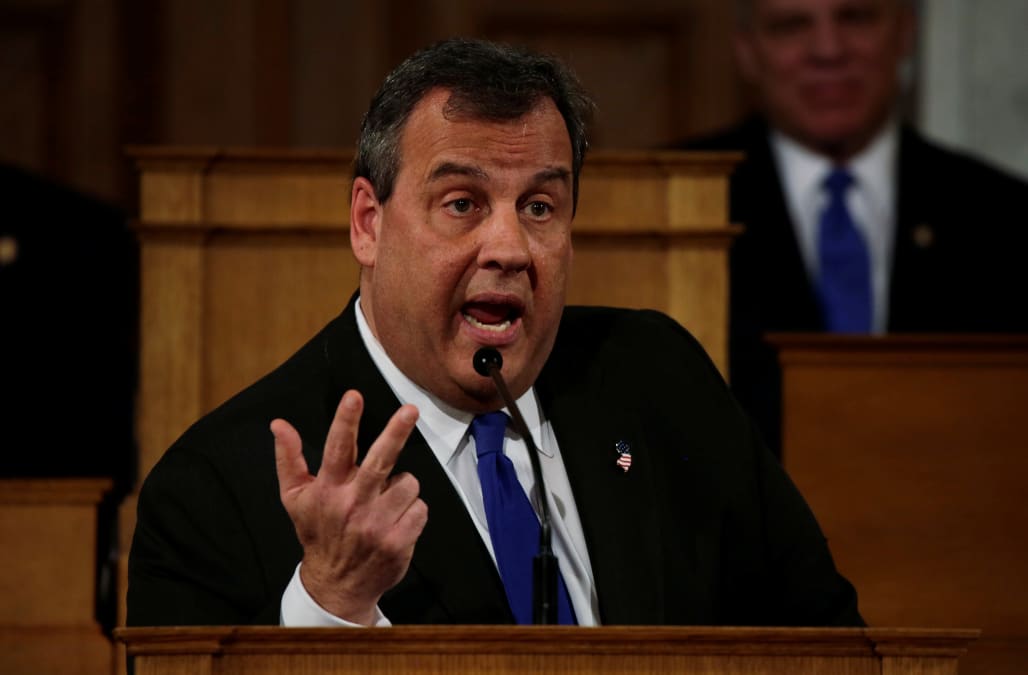 Chris Christie has pointed to President Trump’s family members working in the White House as one of the factors complicating matters for the administration.

During ABC News’ “The Week” Sunday, host George Stephanopoulos asked the former New Jersey governor if the president’s son-in-law and senior adviser, Jared Kushner, should step down given the numerous problems surrounding him.

Christie said, “Well listen, the president’s going to have to make that judgment…the situation is made much worse by the fact that we have family members in the White House.”

“It makes it much more difficult. And there were many of us who counseled the president — and not just about Jared, but about any other members of his family having official positions,” Christie added. “Not because they weren’t competent or qualified or that the president didn’t trust them, but because when circumstances come up that the president couldn’t have been aware of — and in a normal situation, you might terminate a staff member for that reason. Becomes a lot more difficult if you’re going to be sitting at Thanksgiving dinner with that person.”

RELATED: Members of the Trump family

Christie’s remarks come just days after the New York Times claimed that Trump is encouraging his daughter Ivanka Trump and Kushner to continue serving while at the same time trying to push them out with the help of Chief of Staff John Kelly.

According to the Times’ report, Kushner’s recent legal woes, problems with his security clearance, and questionable investments made to his family’s real estate firm are causing the president to view him as a “liability.”

Kushner and his wife, Ivanka Trump, have continued to attract criticism for their roles.

White House spokesperson, Hogan Gidley, defended them in January, saying, “they both gave up personal and private lives to come work at the White House and work for the American people. They do that every day. And it’s ridiculous for anyone to try and attack what they do for this nation.”