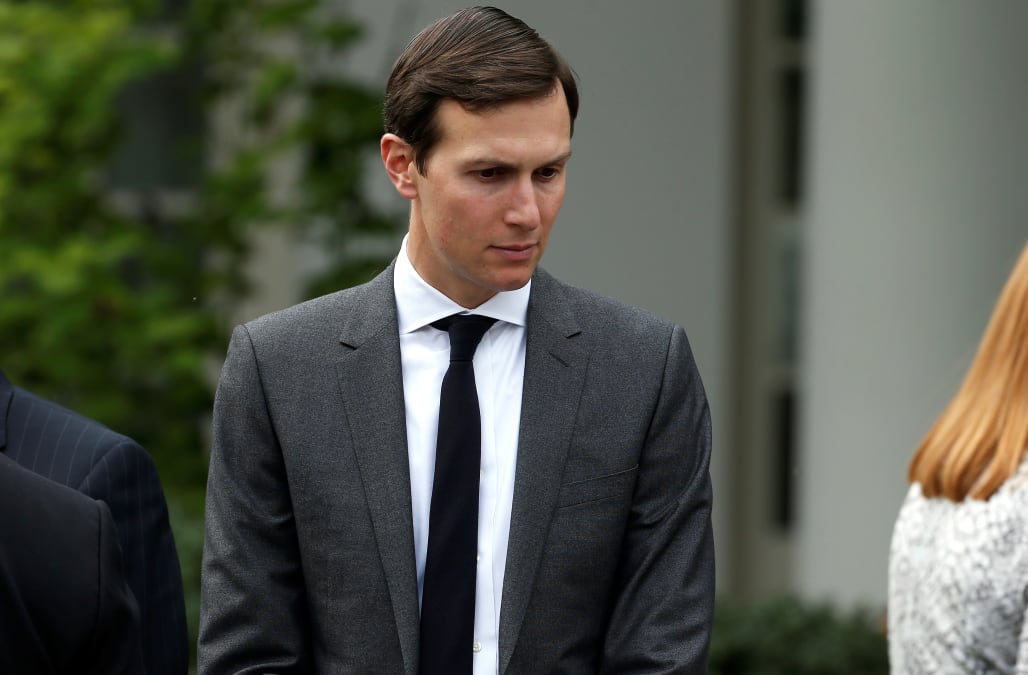 During the monologue of his HBO talk show “Real Time With Bill Maher” Friday, Maher touched on the various challenges Kushner is said to be facing including those with his security clearance and White House Chief of Staff John Kelly.

Maher then said, “It turns out that every inexplicable f****d up thing that’s happened in the last year is really because Jared is trying to get $1.2 billion to pay for a building he shouldn’t have bought.”

“[Kushner] had meetings with two banks in the White House who gave him $500 million dollars and his security clearance has over 100 omissions and errors on it,” Maher added. “I want to see to see his birth certificate, I do. I think it’s gonna say, ‘Birthplace: Alaska. Real name: Jared Palin.’”

Maher’s commentary about Kushner comes in the wake of a Wednesday New York Times report which suggests a possible link between the senior adviser’s White House meetings with Apollo Global Management and Citigroup and their subsequent loans totaling hundreds of millions of dollars to his family’s real estate firm, Kushner Companies.

While some have pointed out the suggestion of a conflict of interest, spokespeople for Kushner’s attorney, the Kushner Companies, and the two financial firms involved have separately denied any wrongdoing.