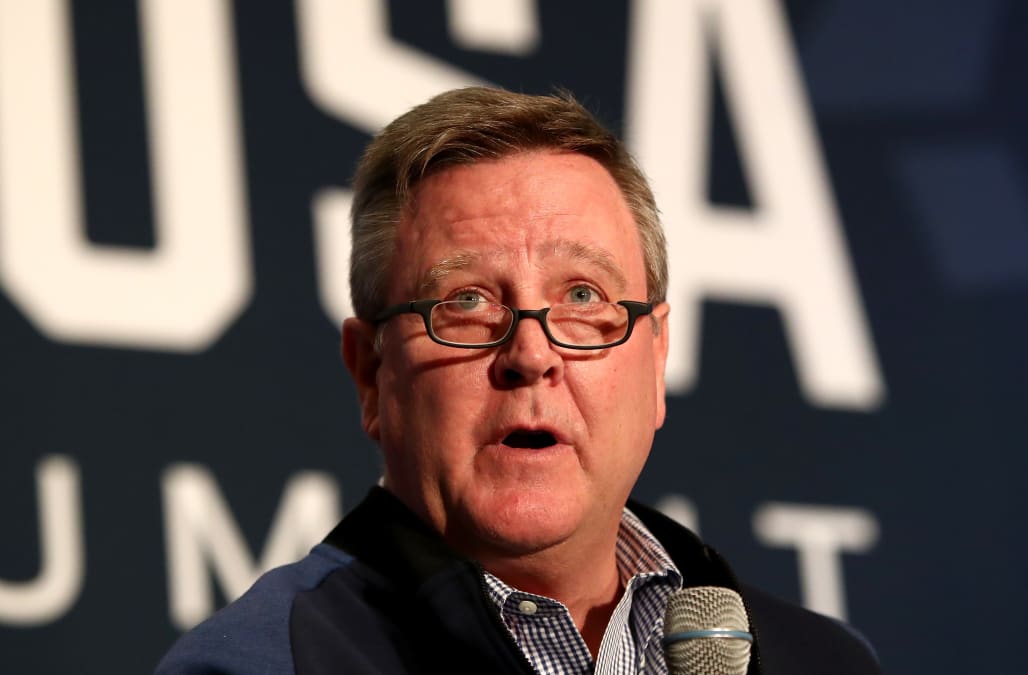 In a statement, the USOC cited Blackmun's "ongoing health issues" related to prostate cancer, for which he has been receiving treatment. The group also announced new reforms aimed at protecting its athletes from abuse.

The USOC, which announced the change less than a week after the Winter Olympic Games ended in Pyeongchang, South Korea, had resisted calls to fire Blackmun over the Nassar case. Blackmun, 60, did not attend the Games.

"Given Scott's current health situation, we have mutually agreed it is in the best interest of both Scott and the USOC that we identify new leadership so that we can immediately address the urgent initiatives ahead of us," USOC Chairman Larry Probst said in a statement.

"The important work that Scott started needs to continue and will require especially vigorous attention in light of Larry Nassar's decades-long abuse of athletes affiliated with USA Gymnastics," Probst added.

The statement did not address questions of whether the sexual abuse scandal played any role in Blackmun's departure.

Former doctor Larry Nassar was sentenced to up to 175 years in prison for the sexual abuse he committed on over 150 gymnasts.

USOC CEO Scott Blackmun called for the entirety of the USA Gymnastics board to step down.

Head basketball coach Tom Izzo is under scrutiny after several of his former players have been accused of sexual misconduct while at MSU.

Nassar pleaded guilty to molesting female athletes under the guise of medical treatment and was sentenced to life in prison. Authorities say Nassar victimized more than 260 women, including several Olympic gold medalists. Nearly 200 of them offered testimony during a pair of sentencing hearings in Michigan earlier this year.

The scandal prompted the entire board of directors at USA Gymnastics, the sport's governing body in the United States, to resign, along with the president and athletic director at Michigan State University, where Nassar also worked.

Some had called for similar actions to be taken against Blackmun and members of the USOC board, who critics accused of failing to promptly act on complaints raised about Nassar and of helping to enable a culture of silence.

John Manly, a lawyer who represents 120 of Nassar's victims, had previously called for Blackmun and the entire board to resign.

A series of criminal and civil investigations have been launched into USOC, USA Gymnastics and Michigan State after numerous accusers said their complaints about Nassar's treatments were ignored for years.

USOC board member Susanne Lyons, who in January was chosen to head up a working group to address problems that the Nassar case had exposed, will serve as acting CEO while the organization searches for a permanent replacement.

The USOC will increase funding for support and counseling for victims as well as investigations into abuse allegations, among other reforms, according to the statement. (Reporting by Joseph Ax, Editing by Ben Klayman