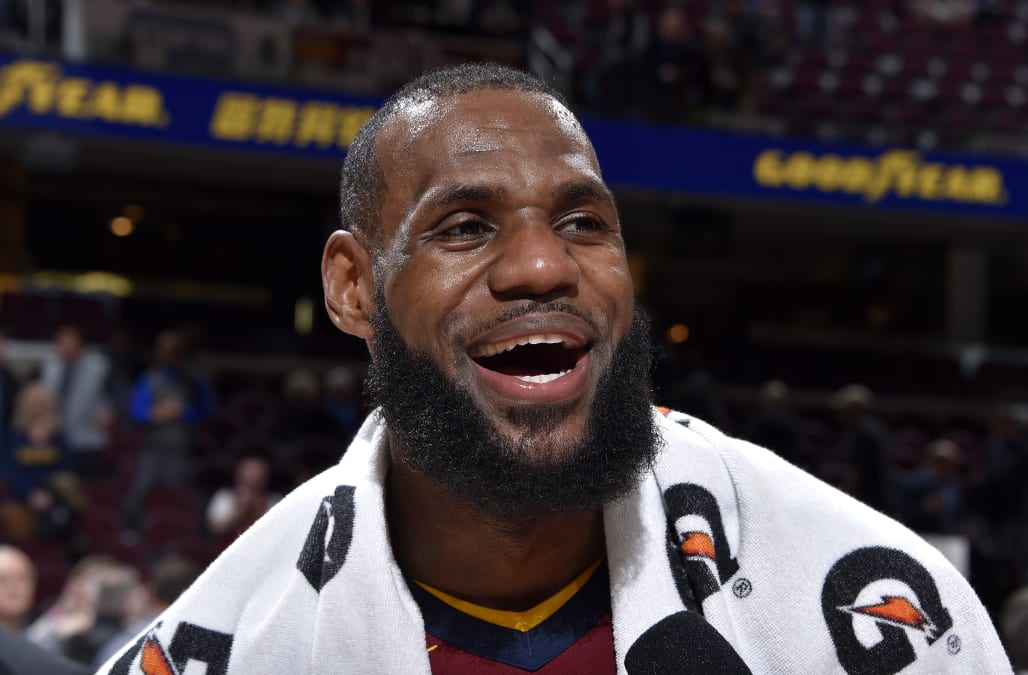 Each week seems to bring a new LeBron-James-is-going-to-land-here narrative in regard to his pending free agency.

On Monday, three billboards in the City of Brotherly love popped up recruiting James to come play with young stars Ben Simmons and Joel Embiid on the 76ers.

these appeared this morning in downtown cleveland 👀 pic.twitter.com/tfoxHqPTER

It’s nice work by the local remodeling company that purchased the billboards in getting some press.

But it’s surely not something that would actually get the attention of James, who has his hands full adjusting to a revamped Cavs roster for a second-half run.

“You can say it’s a distraction — it’s not,” James told reporters on Tuesday of the billboards. “Not a distraction. It is actually very flattering that I’m sitting here at 33 and in my 15th year and teams or guys — I don’t want to say teams because that becomes tampering. But people in their respective city want me to play for them. That’s cool I think. That’s dope.”

James is spending his later NBA years and well-established capital saying pretty much whatever he wants, whether it be about politics, basketball or otherwise. It’s refreshing, especially when compared to the infamously tight-lipped Michael Jordan and his “Republicans buy sneakers too” attitude (whether or not he actually ever said that).

If he wants to acknowledge the love being thrown his way, there’s no harm in that. Does it mean he’s got Philadelphia on his mind?

Nobody really knows. 76ers color commentator Alaa Abdelnaby told a local sports show that his brother told him that a local superintendent told him that James, a father of three, was checking out schools in the area.

So there’s that air-tight report on his intentions to keep his children’s best interests in mind while researching his family’s future.

LeBron reacted to the ending of the Heat-Sixers game during Rodney Hood's interview and it was hilarious. #Cavspic.twitter.com/5IxDdgJXdS

But all this really tells us is that the NBA continues to be the best U.S. sports league at providing a compelling product on and off the court that rarely fails hold the attention of its fans.

Until James makes his decision, this is a story that will keep giving.