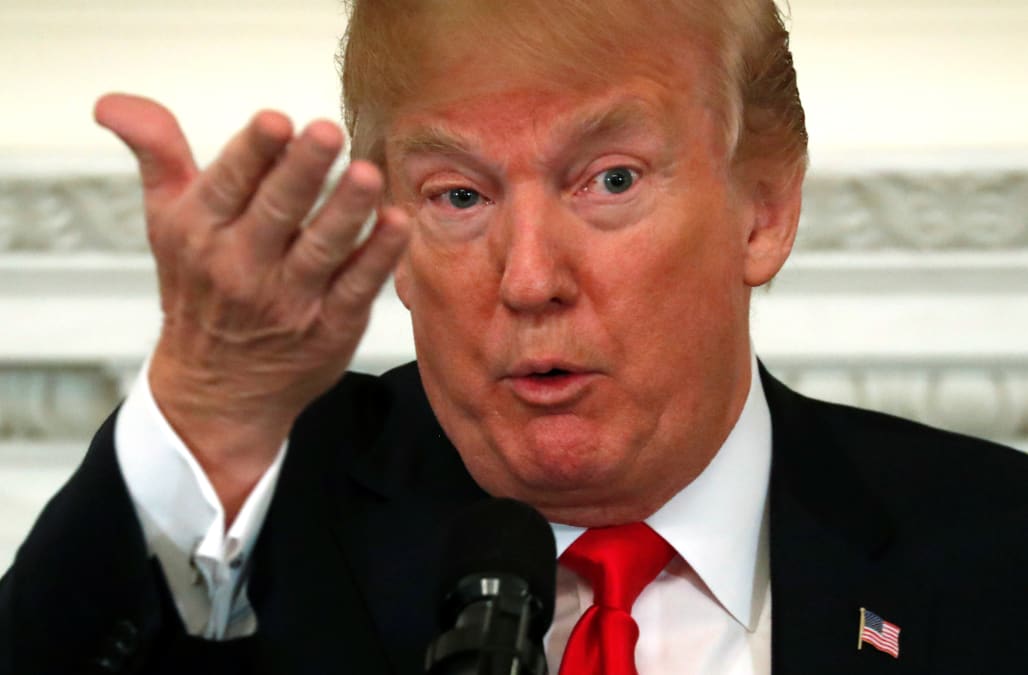 In a set of early morning tweets, President Donald Trump quoted three legal experts on his preferred network, Fox News, to support his denial of collusion between the Trump campaign and Russia and his argument that former Democratic presidential nominee Hillary Clinton should instead face a criminal investigation.

"'He's got a very good point. Somebody in the Justice Department has a treasure trove of evidence of Mrs. Clinton's criminality at her own hands, or through others, that ought to be investigated. I fully agree with the President on that,'" Trump quoted Napolitano as saying on Fox host Martha MacCallum's Monday evening show.

In a second tweet, Trump quoted George Washington University Law School professor Jonathan Turley telling Fox that he is "skeptical" of any claims that the campaign worked with Russia or attempted to obstruct an FBI investigation into Russian interference in the election.

"'I've been skeptical about the collusion and obstruction claims for the last year. I just don't see the evidence....in terms of the collusion, it's all a bit implausible based on the evidence we have.' Jonathan Turley on @FoxNews," Trump wrote.

The president next quoted Clinton-era independent counsel Kenneth Starr arguing that the public has not yet seen any evidence of collusion and that Trump has so far acted within his authority as president.

"'We've seen NO EVIDENCE OF COLLUSION....I have seen nothing, the firing of James Comey and all of the aftermath, that suggests that the President has obstructed justice because he's exercising his power as the President of the U.S. I just don't see it.' Judge Ken Starr," Trump wrote, quoting Starr on "Fox & Friends."

In his final tweet, the president repeated his favorite characterization of the special counsel investigation, simply writing, "WITCH HUNT!"