Three taken to hospital after letter opened at Virginia military base 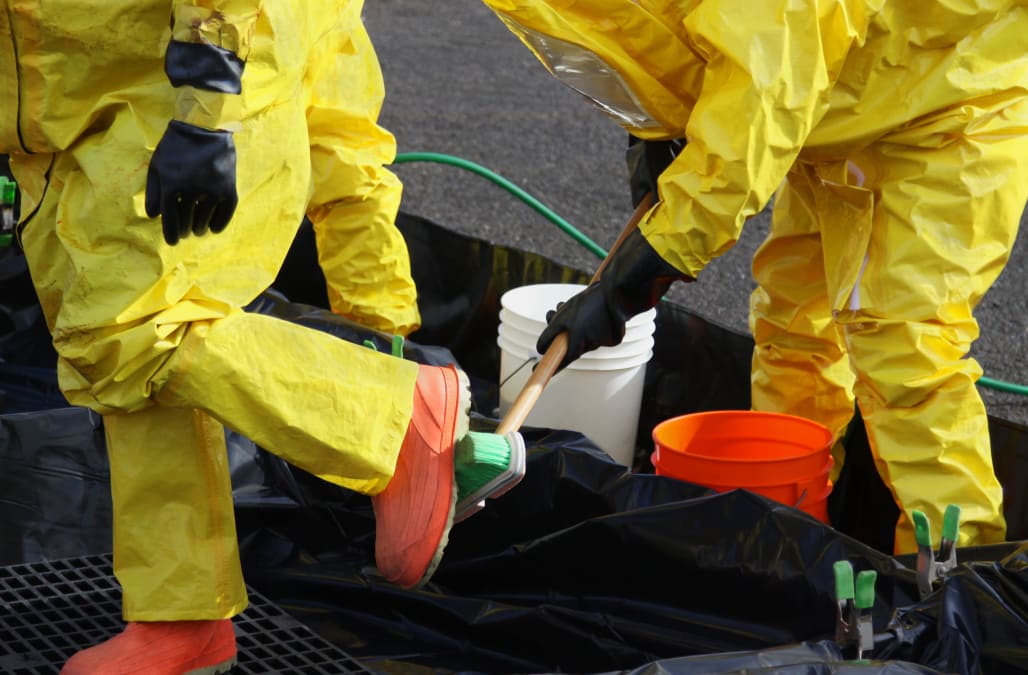 WASHINGTON, Feb 27 (Reuters) - Eleven people fell ill and three were transported to a hospital on Tuesday after a letter was opened at a U.S. military base in Arlington, Virginia, the fire department and a base spokeswoman said.

"Someone opened a letter and everyone at the office started feeling badly," said Leah Rubalcaba, a spokeswoman for Joint Base Myer-Henderson Hall.

The three people taken to a hospital were in stable condition, Arlington Fire Department said on Twitter.

Eleven people ill from opened letter at Virginia military base
There’s a hazmat situation unfolding at a military base just outside Washington, D.C. after staff opened a suspicio… https://t.co/dSAdBlaWgP
DEVELOPING: Officials say there is an ongoing Hazmat incident at Joint Base Myer Henderson next to Arlington Nation… https://t.co/8FUN8NjQf1
BREAKING Hazmat Situation Reported at Joint Base Myer-Henderson Hall. #JointBaseMyer https://t.co/pjVpYQiWgt https://t.co/ny5R3OO8TK
#BREAKING: 3 people taken to hospital, 11 fall ill -- including several U.S. Marines -- after letter opened at Join… https://t.co/ttaDRMT8Fc
Two Marines at Joint Base Myer-Henderson Hall in Virginia fell ill Tuesday after they opened a suspicious letter, a… https://t.co/ANAWcfrcqW
Media staging for Ft Myer Hazmat incident will be in lower parking lot off Southgate Road at Columbia Pike https://t.co/dCweo2lGWl
#Update: Ft Myer Hazmat, 11 people started feeling ill after letter was opened in consolidated admin building. 3 we… https://t.co/IvZ3xlZi22
#Update: Ft Myer, 3 transported patients in stable condition. Command is scaling back incident starting to put some… https://t.co/zLOEbFjVQf
Up Next

The letter was opened in the Marine Corps' portion of the base, which is located near Washington.

"An envelope containing an unknown substance was received" at the base, the Marine Corps said on Twitter.

"Personnel in the affected building took immediate preventative measures by evacuating the building," it said.